If you are intrigued by the ghostly deserted island that was featured in the latest James Bond movie Skyfall. You might be interested to learn that it is now available to explore in more detail thanks to Google’s Street View service.

The extraordinary island called Hashima, and sometimes referred to as Gunkanjima the “Battleship Island” was built as a coal mining location and housed 5,000 people in its heyday. 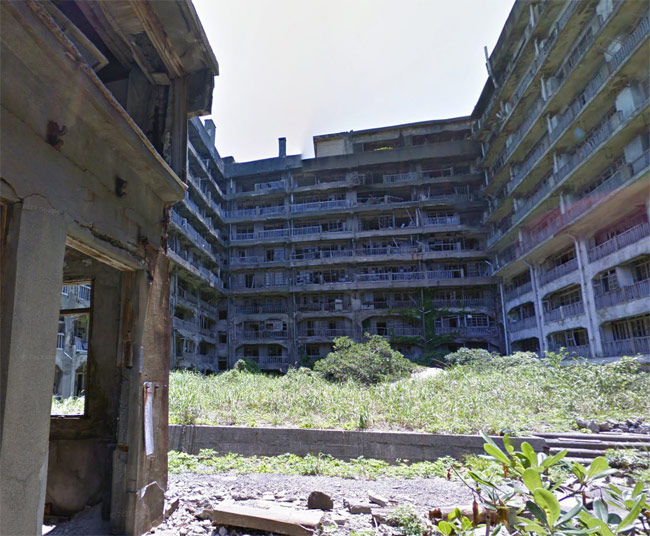 However in 1974 when the coal industry collapsed the island was deserted left to fall apart. You can check it out here.

“The island was populated from 1887 to 1974 as a coal mining facility. The island’s most notable features are the abandoned and undisturbed concrete apartment buildings and the surrounding sea wall. It is known for its coal mines and their operation during the industrialization of Japan. Mitsubishi bought the island in 1890 and began the project, the aim of which was retrieving coal from undersea mines. They built Japan’s first large concrete building (9 stories high), a block of apartments in 1916 to accommodate their burgeoning ranks of worker”