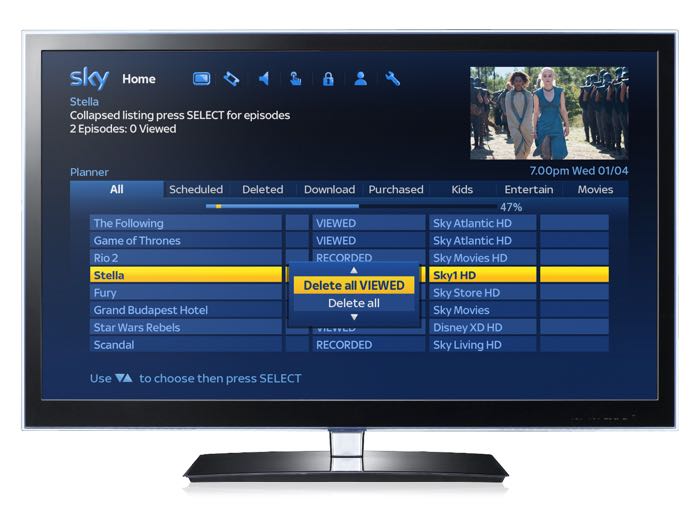 Sky has announced that they are rolling out a Sky+ update to their customers in the UK and the update bring a range of new features to Sky+.

Some of the new features in the Sky+ update include the ability to watch trailers for movies that are available on Sky+ and in the Sky store, there are also a number of updates to the planner.

“We know the Planner is crucial in helping customers organise their TV viewing so we’ve made some neat changes.  Now when you record the latest season of Game of Thrones, you’ll find the most recent episodes right at the top of your Planner. And that’s not all, there are even more improvements coming later this year, including a simple but very clever feature that lets customers go back to the start of a film on Sky Movies if they’ve missed the beginning.”

Sky are rolling out the Sky+ update in the UK from today, the update is being rolled out in stages and the company has said it will reach its 8.5 million customers by June.