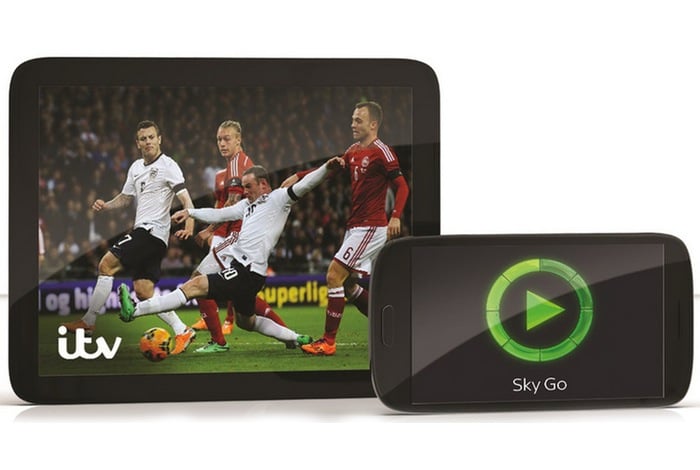 Sky has today announced that its Sky Go service in preparation for this year’s 2014 World Cup will now be able to capture all the best moments from ITV’s coverage as it unfolds.

Using Sky Go users can now enjoy watcing up to 63 channels via a compatible smartphone, tablet or computer wherever they maybe in the UK. Sky explains in their press release :

“ITV’s brand new drama channel, ITV Encore, will also join Sky Go when it launches on 9 June.  Exclusive to Sky TV customers, ITV Encore will be the place to watch some of the most talked-about dramas on TV including Whitechapel and Broadchurch.

As well as watching ITV Encore live, Sky Go users will also be able to catch-up on missed episodes or choose from a library of ITV drama box sets. On demand content from other ITV channels will join the service later in 2014.”

For more information on the new Sky Go ITV partnership jump over to the Sky press release website for details and the full story.