Sky TV launched their Sky Go app for Apple’s iOS devices last year, the app lets you watch on demand content from Sky on your iPhone, iPad or iPod Touch as well as live TV.

Sky has announced that they have a version of Sky Go in the works for Android tablets and smartphones and the Sky Go app should be available on Google’s Android platform by the end of February. 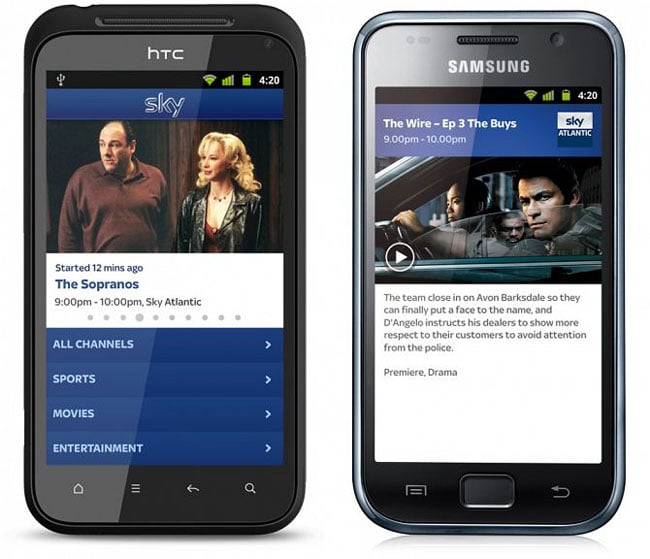 Sky also announced recently that they would be bringing content from the BBC iPlayer and ITV player catch up services to Sky, and this content is also expected to be available on the Sky Go apps for both Android and the iPhone.

Sky have said that the application will be available for a number of different devices at launch which include the HTC Desire, Desire S, Desire HD, Incredible S, the HTC Sensation, Samsung Galaxy S and the Samsung Galaxy S II, with other device being added after launch.

We don’t as yet have an exact date on when the Sky Go app will be available for Android, as soon as we get some more information we will let you guys know.