Microsoft has released a new version of Skype for Windows Phone and this is the first non beta version that has been released for Microsoft’s Windows Phone platform, Skype 1.0. 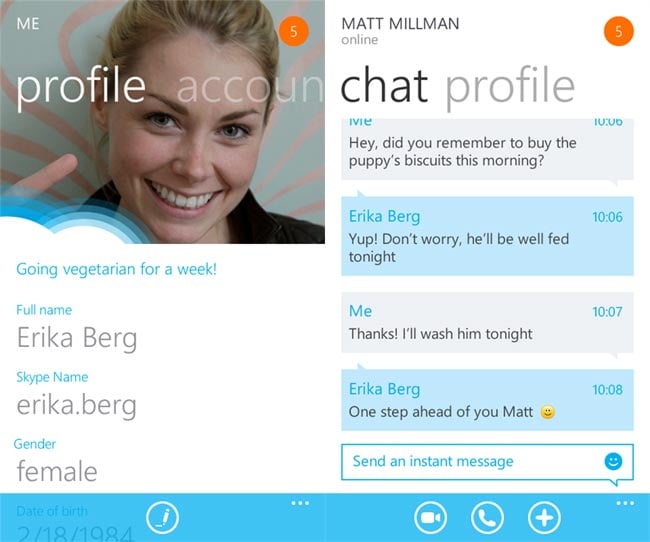 Imagine talking to friends, family, and colleagues anywhere in the world, and seeing them as if they’re in the same room. That’s Skype.

Call, video call and instant message anyone else on Skype for free with Skype for your Windows Phone.