The Skatekeyboard is the work or artist Tobi Leingruber, luckily it is just a peice of art rather than a fully functional skateboard, as it looks like it would be really uncomfortable to ride. 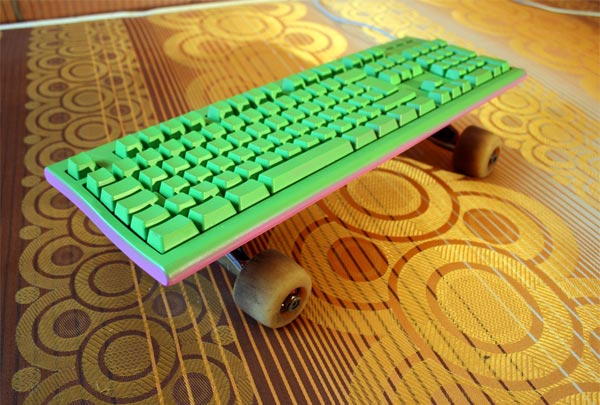 The Skatekeyboard will be shown, among the work of some amazing artists and friends, at the BLK River Festival in Vienna next week. I’ll be there, too – Also liebe Wiener – Kommts vorbei! The Skatekeyboard is also part of my upcoming solo show…. to be announced very soon!