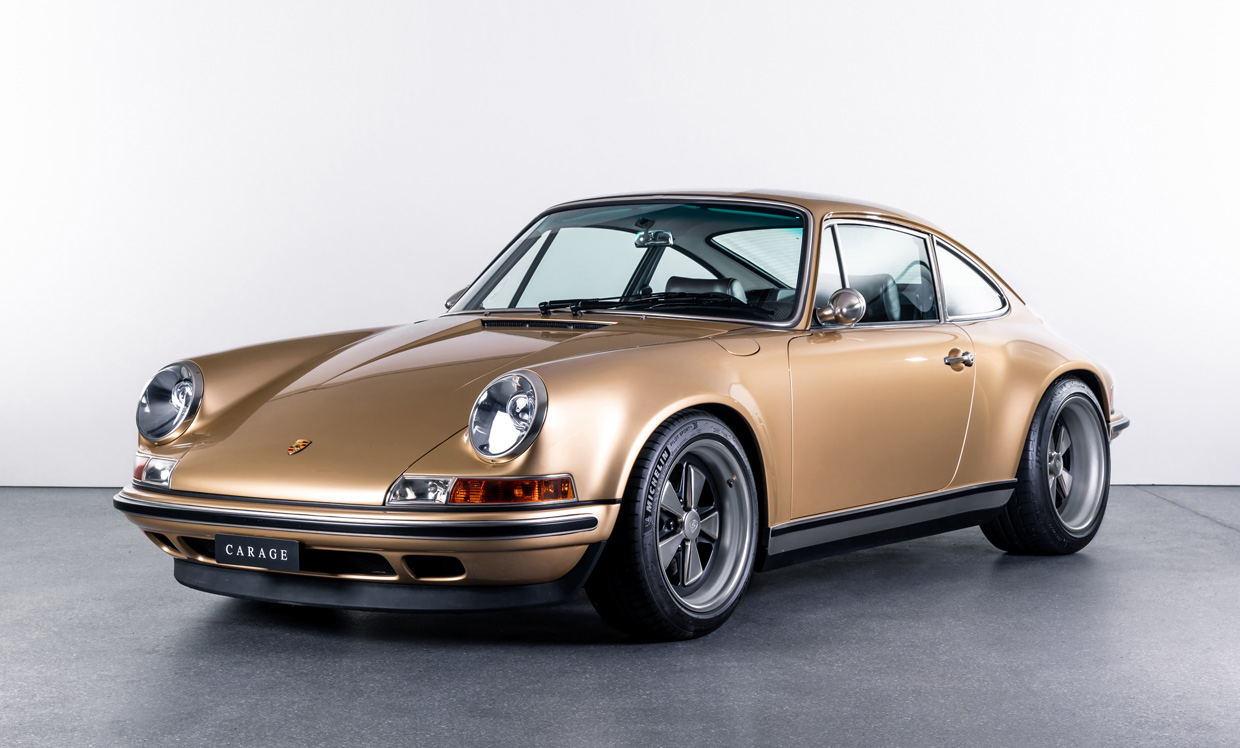 A company based in California called Singer is well known for making some incredibly beautiful restored Porsche automobiles. Singer has announced that it has a new global partner called Carage based in Switzerland, which will sell restored Porsche automobiles and Singer Reimagined watches. At the new facility in Switzerland, owners will be able to learn more about Singer services and discuss the requirements for restored vehicles.

The slick gold 911 seen in the image here is a 1990 model that was restored by Singer. The company doesn’t call its vehicles restorations; it calls them reimagined. The golden car has an interior trimmed in chocolate brown and features sports seats with four-way adjustment, leather-weave inserts, and brass grommets.

The engine is an air-cooled flat-six that uses a manual transmission. This particular car is rear-wheel-drive, but all-wheel-drive models are available as well. Singer can build left-hand-drive or right-hand-drive vehicles and can create bespoke vehicles customized to the owner’s tastes.