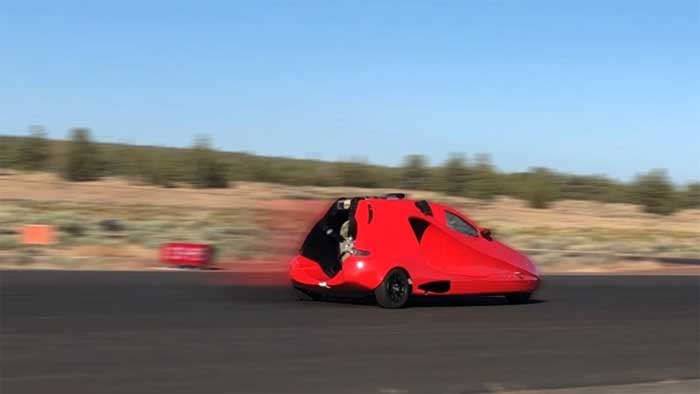 One of the big promises of the future are flying cars that can be driven around like a normal vehicle but fly to faraway destinations to make traveling faster and easier. A flying car called the Samson Sky Switchblade, which is actually classified as a motorcycle, has hit a milestone in its test regime.

While the flying car has yet to actually take to the skies, it did recently reach its 88 mph takeoff speed on the runway. The small three-wheel vehicle is powered by a turbocharged V4 engine that’s able to reach 60 mph in 6.5 seconds and has a top speed of over 125 mph on the ground.

Once in the skies, the flying car claims a cruising speed of 160 mph and a top speed of 190 mph. The range is reportedly 500 miles and a 500-mile trip can be done in 3.5 hours assuming you’re within 15 minutes of a regional airport. The company says that it’s months away from the first flight, which does require a licensed pilot. The vehicle will sell for $150,000 when it goes into production and driving on roads will require a motorcycle endorsement.