Those of you enjoying SimCity 3.0 will be pleased to learn that EA will be releasing a new CimCity 3.0 update that will hopefully correct traffic issues, as well as enhance and tweak a number of other areas.

The new SimCity 3.0 update is expected to roll out later thuds week and brings a wealth of new additions and tweaks which can be viewed after the jump. 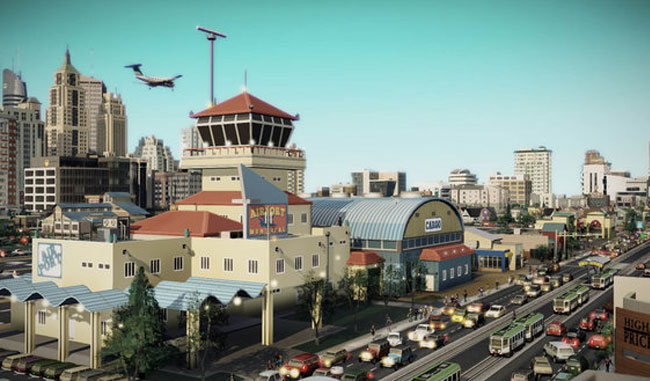 – New: Added more Hotel models to increase hotel variety.
– Traffic: Updated routing system to improve traffic. Routing system now understands more information about u-turns, required vehicle stops, and vehicle behavior on certain road types. This should make traffic smarter.
– Traffic: Commercial and industrial buildings stagger their work shifts to start throughout commute hours instead of at the top of the hour. This should reduce traffic.
– Traffic: Fixes one issue where a car won’t move causing traffic to back up behind it.
– Traffic: Vehicles can now make right turns on Red. This should improve some cases of traffic.
– Traffic: Trading polish that will improve regional traffic when one city has a lot of jobs and its neighboring city has a lot of workers.
– Air Pollution: Fixed more issues where cities that placed air polluting buildings received large amounts of air pollution from unknown sources.
– Service Vehicles: Fix for disappearing service vehicles on cities that whose vehicles had disappeared before update 2.
– School Buses: Fix for issue where school buses were getting stuck at neighbor’s city or arcology.
– Audio: Tuned audio on French Police Station.
– Trading: Fixed issue where fire servers were not trading consistently between Brakeman’s Folly and Twain in Whitewater Valley.
– Trading: Sewage trading: Sewage will now take a more direct route to regional sewage plant instead of throughout the city.
– Trading: Made gifting more reliable.
– Ferry Terminal: Ferry Terminal can now send its sewage to the output pipe and treatment plant.
– RCI Tuning: Fixed issue where sims going to a park via transit would sometimes lose their money or happiness on the way home.
– RCI Tuning: Bulldozing abandoned or rubble buildings will now prevent new developments for 6-12 hours.
– RCI Tuning: Less Happiness is taken from wealth 2 and 3 buildings when rent is due when no money is present.
– RCI Tuning: Fix for issue some users experienced where buildings would stay abandoned because moving trucks would not be able to move in.
– Trees: Trees now last longer, but also do not eliminate as much ground pollution.
– Radiation: Radiation causes less ground pollution than previously.
– Transit: Changed thought bubble suggestion to add more trains to deal with crowded passenger trains to suggest that you add more train stations.
– Transit: Improvements to lights to make rail look better at night.
– Transit: Streetcar stops can now be placed directly on standalone streetcar tracks, and passengers can walk along the tracks to them.
– Transit: Tuned the chance buses or streetcars will go to high-traffic stops first as a minor traffic improvement.
– Roads: University pedestrian paths can now cross streets.
– Manufacturing Trucks: Fixed issue some users experienced where manufacturing trucks left the city and were lost permanently.
– Delivery Trucks: Fixed issue where some users would experience a loss of resources is their delivery trucks returned to garages without proper storage.
– Sports Parks: Tuned the amount of skateboarders and neighborhood athletes at the sports parks.
– Data Layers: Zones are now visible in heavy data layers.
– Edit Mode: Added more valid snap points in edit mode. This improvement is most noticeable on Parks.
– Buildings: Addressed some cases where buildings would stack on one another.