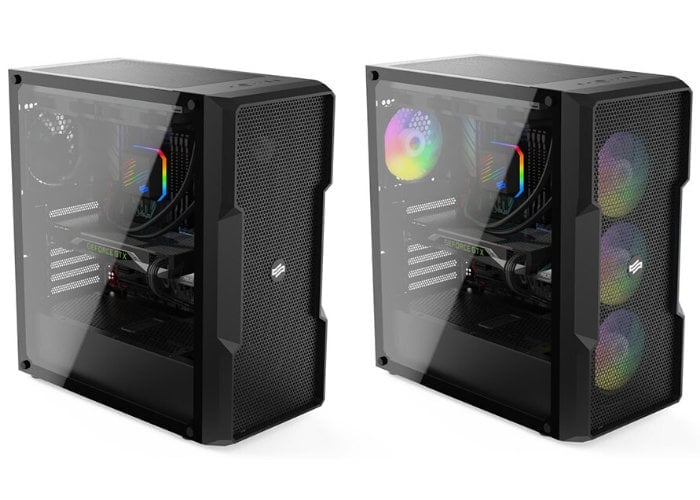 The ARGB lighting in the PC cases can be controlled either via the RGB lighting systems of motherboards, such as Asus Aura Sync, ASRock Polychrome Sync, MSI Mystic Light, Gigabyte RGB Fusion 2.0 or using the supplied Nano RGB controller.

Both models are delivered with a tempered glass side window, and offer a fully features I/O panel, providing power and reset buttons, two USB 3.2 Gen 1 ports and the jack for microphone and audio.

“SilentiumPC’s development team has perfected the two-chamber structure and the internal layout, in order to achieve further differentiation from the competition. The inner structure, called Natissis, gives the two Regnum RG6V TG models outstanding flexibility, especially when it comes to selecting components for high-performance systems.”

“Mainboards in the formats E-ATX, ATX, Micro-ATX and Mini-ITX can be easily installed and combined with graphics cards with a length of up to 360 mm. When choosing the CPU cooler, air coolers with a height of 162 mm or AIO water cooler systems with radiator sizes from 120 to 360 can be fitted. Radiators can be mounted at one of four different positions in the housing depending on the size.”