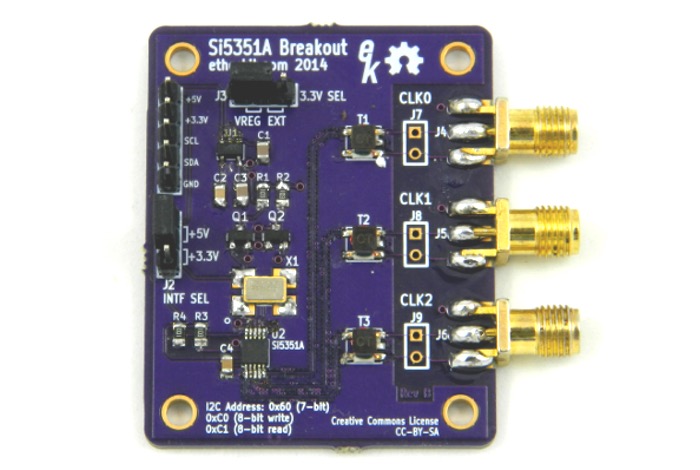 Developers and makers looking to expand the functionality of one of their electronic projects may be interested in a new Si5351A Breakout Board clock generator that has launched over on the Indiegogo crowdfunding website.

The Si5351A Breakout Board has been created to make it easy to add a clock generator IC in your RF and micro-controller projects and is already past its $500 pledging goal thanks to 107 backers.

The Si5351A Breakout Board has been created by Jason Milldrum who explains :

“Over approximately the last year, I (along with some other folks) have been working on characterizing the Silicon Labs Si5351A clock generator IC for use in amateur radio and other RF applications. I have posted the results of those experiments on my blog. I’ve also written a library for driving the Si5351A with an Arduino, which has already been put to use by other people in radio projects.

The Si5351A is quite a capable IC at a very modest price. It is a PLL clock generator with three independent outputs which can each generate a separate signal from 8 kHz to 160 MHz. A 25 or 27 MHz reference oscillator is used for the two internal PLLs (the Etherkit breakout board uses a 25 MHz reference oscillator), which allows the user to choose the amount of frequency stability and accuracy required. “

For more information on the Si5351A Breakout Board jump over to the Indiegogo website for details and the ability to male a pledge.