Better scratch piracy as a viable career option, boys and girls. Thanks to the very smart blokes at BAE Systems, a new laser defense system is being deployed among commercial ships plying East African waters. Do they incinerate oncoming pirates? Oh no! They just blind them in a temporary non lethal way. But it’s really, really painful. 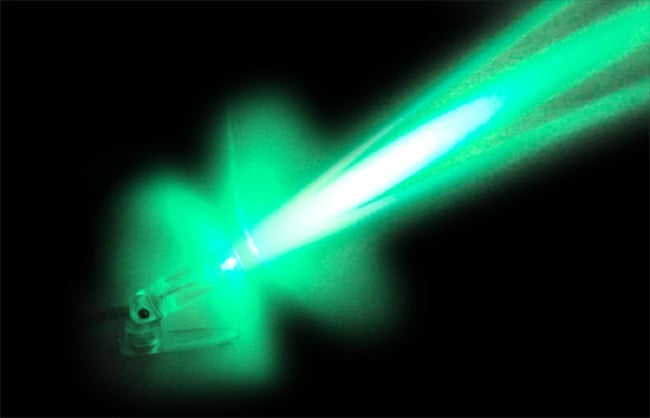 The green laser, which can be expanded into a meter wide ray, is supposed to disorient and “dazzle” nefarious pirates who ply the lawless waters off Somalia. (But it’s also applicable in other pirate infested locales, i.e. the Caribbean!) It’s also a humane device, incapable of seriously harming its targets (even though it renders them a bit blind), but is expected to do a job–deter pirates– that neither a combined NATO task force plus ships from several navies have been unable to accomplish. Go figure.

Though a weapon of pinpoint accuracy, the laser can be expanded to blind the entire crew of a small boat–the preferred transport used by Somali pirates. Blind them enough to leave them incapable of aiming or firing their weapons, which are usually AKs and RPGs. Alas, the smart guys at BAE behind this insist the laser itself is compeltely non-lethal and its worst effect would be like staring into the sun.

But does spotty vision actually work in keeping them pirates at bay? Such results are yet to be seen, in the mean time we can all go “pew-pew-pew” in unison.