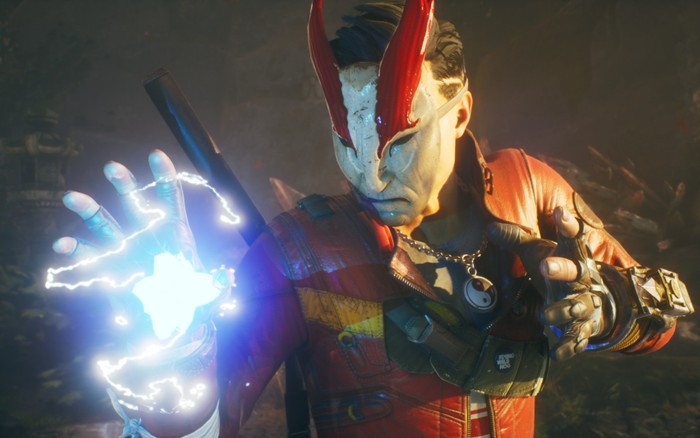 If you are looking forward to the launch of the highly anticipated single player, first person shooter Shadow Warrior 3 you’ll be pleased to know that it will be officially launching on March 1, 2022 and will be available to play on PC, PlayStation 4 and Xbox One.

The game has been developed by Flying Wild Hog and published by Devolver Digital and as the name suggests is a sequel to the previous Shadow Warrior 2 game launched back in 2016. Check out the trailer below to learn more about what you can expect from the game, storyline, gameplay mechanics, characters and “over-the-top weapons and offbeat humor”.

Kuba Opon Game Director at game development studio Flying Wild Hog has taken to the official PlayStation blog to reveal more details about what you can expect.

“Set in a world described as “Neo-Feudal Japan”, corporate enforcer-turned-freelance mercenary Lo Wang and his former enemy and employer Orochi Zilla are on a quest to track down and defeat an ancient dragon that they have accidentally awakened, along with hordes of new and deadly demons.[7] Jason Liebrecht returned to provide the voice for Lo Wang. Shadow Warrior 3 is a fast-paced first-person love letter to katanas, guns, and self-expression.

High octane, adrenaline-fuelled action, crazy explosions, and spectacular free-running movement all served in a colourful, orient-inspired fantasy world. It’s all designed to let your action juices flow like water through a busted dam. And the flow is fast. Real fast. Shoot first, ask questions later, because most of the time, the answer is “Boom!”.”

“The premise of our game is simple. You are an ex-Yakuza mercenary, whose lightning combat skills are matched only by your sharp one-liners. The story begins following the apocalyptic climax of Shadow Warrior 2. By nearly bringing the world to its untimely end, you accidentally opened a multi-dimensional prison cell holding a huge, world-eating dragon.

Now, finding yourself in the middle of an apocalyptic hellscape, and, more importantly, with your mojo lost, are forced to team up with your arch nemesis, the ex-billionaire Orochi Zilla, and newly recruited sorceress supreme Motoko, to right your wrongs. However, the road to redemption is spiked not only with ultra-malevolent Yokai demons but also with equally damning distrust between your team of discount heroes.”