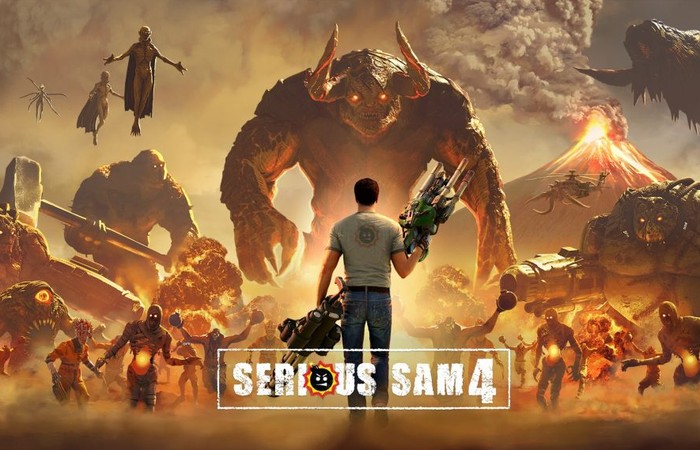 Xbox Gamers who have not yet experienced the first person shooter Serious Sam 4, may be interested to know that the Serious Sam 4 Launch Bundle is now available on the Xbox platform providing a “high-powered prequel loaded with an explosive arsenal, intergalactic carnage, and perfectly timed one-liners.” Serious Sam 4 was originally launched back in September 2020 and has been developed by Croatian studio Croteam and published by Devolver Digital and is a prequel to the Serious Sam 3: BFE game.

“An unknown amount of time before the events of Serious Sam 3: BFE, a massive portal opens in Tunguska, Russia which serves as a bridgehead for Mental’s forces to invade Earth. As the whole planet scrambles to repel the alien invasion, a unit from the Earth Defense Force led by “Serious” Sam Stone is sent by General Brand to Rome to meet Father Mikhail, a priest who claims to have found some clues leading to the Holy Grail, which, according to him, is a powerful alien artifact hidden inside the Ark of the Covenant that may aid them against the invasion.”

“However, the team is forced to abandon the city when it is overrun by the army of Lord Achriman, one of Mental’s generals. In order to get back to the city, Sam and his companions retreat to Pompeii, where they remotely use the seismic capabilities of the HAARP complex to trigger an eruption on Mount Vesuvius that disrupts Achriman’s air forces. Jones, one of Sam’s companions, is killed by one of the alien monsters during the mission.”