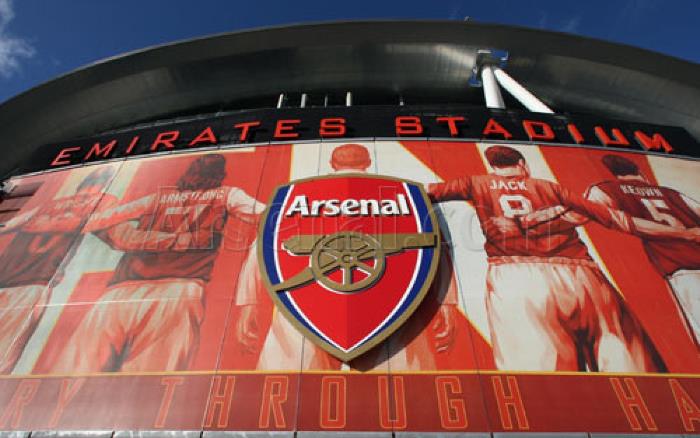 Selfie sticks are gaining a lot of popularity lately, and have become a common thing for taking selfies. But, it seems they are not welcomed in all places.

An Arsenal spokesman told the New Journal: “We can confirm that ‘selfie sticks’ are banned on matchdays at Emirates Stadium. The club’s ground regulations prohibit any object that could be used as a weapon or could compromise public safety.”

Over at Tottenham, the selfie sticks are banned after a fan lodged a complaint against them. You can check out the response sent to him below. 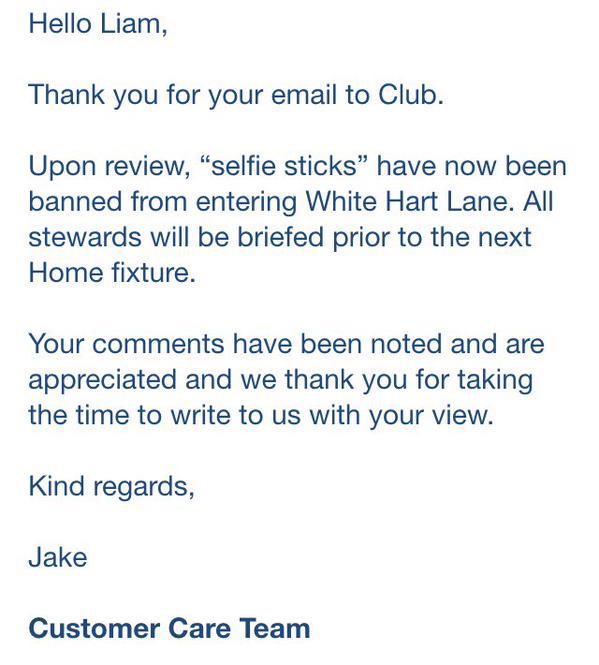 This is a little surprising to see the selfie sticks getting banned at the stadiums of the two Premier League football clubs, but should other clubs follow it and ban the use of it? What do you think about this ban?