Seiko has launch a new range of limited edition Star Wars watches, and there are a number of Star Wars themed versions available which include everyone’s favourite characters.

There is a Seiko R2-D2 watch with a digital display, a Yoda themed watch, plus a Darth Vader version as well as Stormtrooper, C3PO, and even a Darth Maul version, have a look at the photos below. 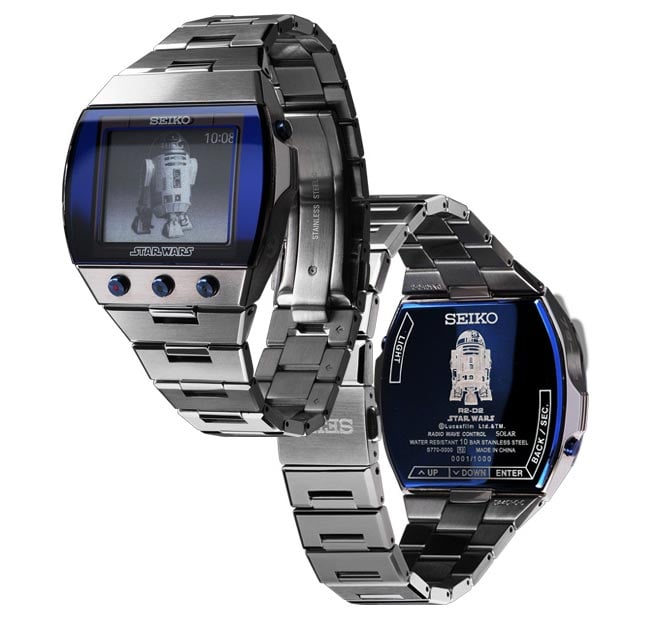 The watches are being produced in limited runs from between 500 to 1500 pieces per watch, and the only seem to be available in Japan and prices start at around 99,200 Japanese Yen which works out at around $1,270.