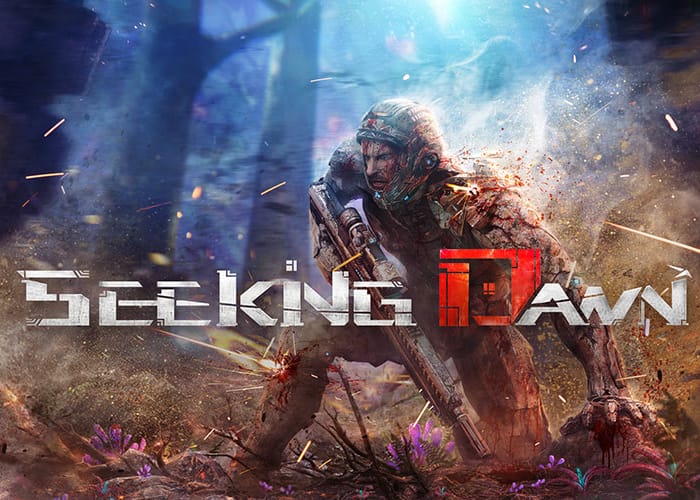 Multiverse Entertainment the development team behind the Seeking Dawn multiplayer survival virtual reality adventure which launched on July 12th, 2018 and is now available for the HTC Vive Pro and Oculus Rift as well as Windows Mixed reality headsets. Have today announced that a huge content updates will be released before the game is officially made available on the PlayStation VR platform.

Seeking Dawn offers players a science fiction VR survival adventure that takes you “far beyond the solar system”. “Step into the shoes of a soldier discovering a hostile planet, where predators roam freely and enemies are trigger-happy. As you follow the trail of an allied recon squad, your task is to find out what happened to them and what they came here for. Combining sharp gunplay with dedicated survival elements, Seeking Dawn’s campaign will throw you into unforgettable environments and put you against unforgiving adversaries. Do you have what it takes to survive?”

The team at Multiverse Entertainment explain : “Since the launch of Seeking Dawn, we have received tons of constructive feedback, suggestions and good wishes from our passionate community. There are also technical issues and bug reports that we value equally. We’d like to take the time to thank each and every one of you for using your precious time to provide us with important information so we can continue to improve Seeking Dawn.

Our mission to develop one of the best VR games is not yet finished. But thanks to your undying support, we are more encouraged than ever before.We sincerely apologize to every player who is having technical issues at the moment. We have located several issues that require immediate attention, such as crashes, stutters, and blurry graphics. Our dev team is working night and day to fix these issues. Also, we are making some adjustments to gameplay mechanics to make Seeking Dawn even more fun! We will release a more detailed roadmap along with plans for new content soon. Stay tuned for some exciting announcements!”