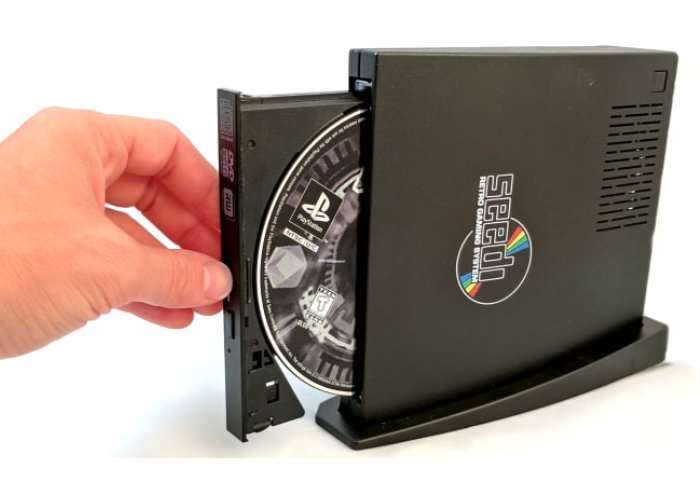 A new retro games console has been launched on Indiegogo which provides the opportunity to enjoy those old games from CDs which are no longer easy to play on the current range of available gaming systems.

Watch the video below to learn more about the Seedi Retro Gaming System that allows you to play classic CD games and more on your modern TV. Pledges start from $125 with shipping expected to take place during March 2018.

Want to enjoy your classic CD-ROM games again? Seedi is a game console that plays original discs from Sony PlayStation 1, Neo Geo CD, TurboGrafx CD, Sega CD, DOS PC, and more. You can emulate other game consoles as well, like NES, and browse your collection in a beautiful interface. Seedi is also a home media center and a connected optical drive that can help preserve your collection of discs.

During the 90’s there were a few especially timeless designs for special versions of game consoles. In that tradition we are also offering a LIMITED EDITION version of Seedi in old school transparent green plastic! Order while supplies last!