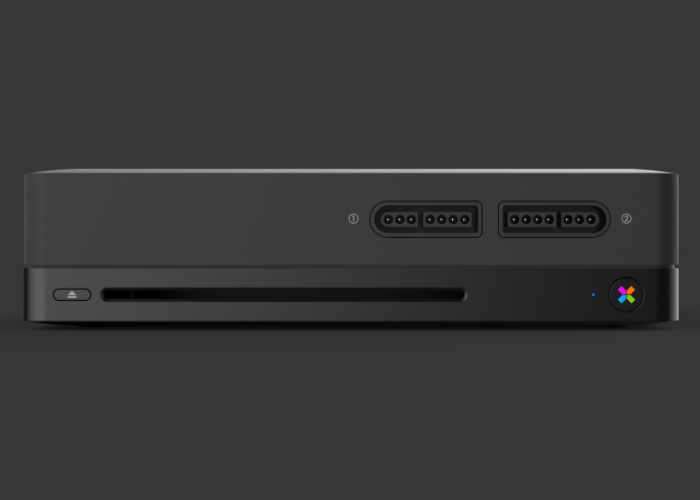 Gamers that enjoy retro gaming whether it be from discs, cartridges or ROMs may be interested in a new modular gaming console called the RetroBlox, which is currently under development.

RetroBlox provides a modular retro gaming solution which is compatible with an unprecedented number of systems such as the NES and Genesis via cartridge play, but is also equipped with an optical disk drive compatible with CD games from the likes of the PSX and Sega CD systems.

The modular design of the RetroBlox has been created to provide owners with an “infinitely expandable library of classic game consoles in one tidy package that’s easy on the eyes” says developers who explain a little more about the inspiration and development of the new unique retro gaming console. 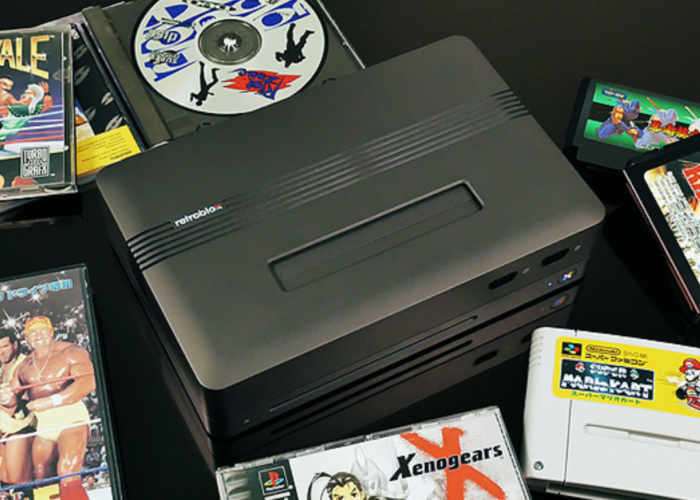 Whether you’re a retro games enthusiast, or a more casual gamer wanting to try out the genuine article, RetroBlox is the #1 way to enjoy a deep and satisfying retro gaming experience in your living room without the mess of wires and clutter.
An industry first, RETROBLOX™ ships with an on-board CD/DVD optical drive, custom produced by partner Hitachi LG Data Services (HLDS) to support the needs and features of retro game consoles. It allows you to experience the full lineup of disc games for never-before supported systems such as PSX, Sega CD, TurboGrafx-CD, and more.

Another key innovation introduced by RETROBLOX™ are modular interfaces, called “Element Modules” ¹, which allow for play using original video game cartridges and controllers from older game systems. Once a game cartridge is inserted into an Element Module, players can add the game to their digital collection, share their new addition on Facebook or Twitter, or play and stream via Twitch and YouTube. Changing games and systems is as easy as ejecting the current module and inserting another.

As such, gaming enthusiasts are faced with a difficult choice when it comes to retro games: experience only a subset of popular re-released games made for current generation platforms such as the Virtual Console or NES Classic, use original game hardware and displays from decades ago to play in a specialized game room, or resort to illegitimate means of experiencing gaming history through use of copied roms and emulators.

RETROBLOX™ solves this problem decisively by providing a modern, unified platform for digital retro gaming that’s also committed to unprecedented modular support for original console game media and hardware peripherals. RETROBLOX natively upscales retro games from their original resolution to full HD 1080p, perfect for your living room. While crystal clear pixels are a joy to view for some players, those who prefer the older look of older TV’s from the 70’s, 80’s and 90’s will appreciate a suite of virtual displays which model the look, feel, geometry and tone of these classic displays from gaming’s past.

For more information on the new RetroBlox retro gaming console jump over to the official website for details by following the link below.