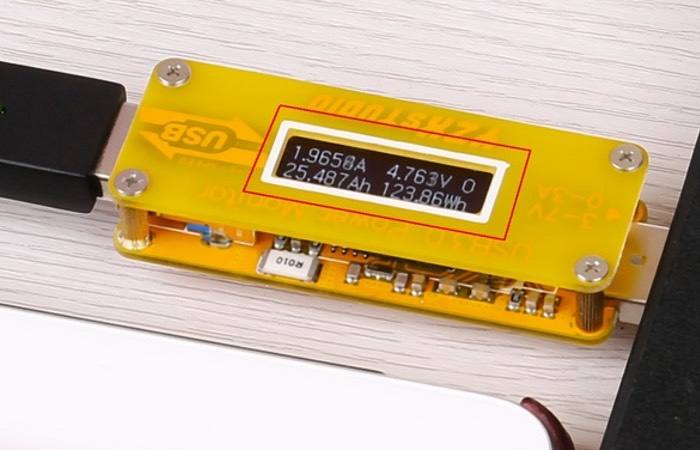 If your smartphone or mobile device takes a little longer than you would like to charge fully, you might be interested in a new secure and fast charging USB adapter and cable that is capable of charging your smartphone up to 3 times faster.

The new USB adapter turns your computer’s USB port and other charges into a universal high-speed charger allowing you to challenge most smartphones twice as fast and some even three times faster.

Watch the video below to learn more about this pocket sized USB adapter that can help you charge your smartphone even faster, whilst also providing security from anyone trying to install malware from an unsecured USB port. Its creators explain a little more :

• Charge your smartphone (iPhone, Samsung Galaxy and other Android phones, Windows phones, …) 2-times as fast (most phones) and even 3-times as fast (some phones).
• Turn your computer’s USB port into (nearly) full-speed charger for tablets: iPad, Android tablets, Windows tablets.
• Turn some slow-charging USB chargers into fast-charging ones, iPad-incompatible ones into iPad compatible, iPad-only chargers into universal chargers.
• It blocks data transfer, so bad guys won’t be able to steal data from your phone/tablet or hack it if when is connected to a compromised computer or charger.

The faster charging USB adapter and cable project is currently over on the Kickstarter crowd funding website looking to raise $10,000 in pledges to make the jump from concept to production.

So if you think faster charging USB adapter and cable is something you could benefit from, visit the Kickstarter website now to make a pledge and help faster charger become a reality.