What’s that? Soviet space shuttles were supposed t deliver nuclear missiles? This from an ISS veteran and cosmonaut who shares the straight dope on the late USSR’s impressive shuttle effort, the Buran. Cursory research indicates that the Buran was tested once in 1988 and was far more advanced than some Western observers were willing to admit. For starters, it was completely unmanned and managed to orbit the Earth twice before a flawless landing. But that’s not all. 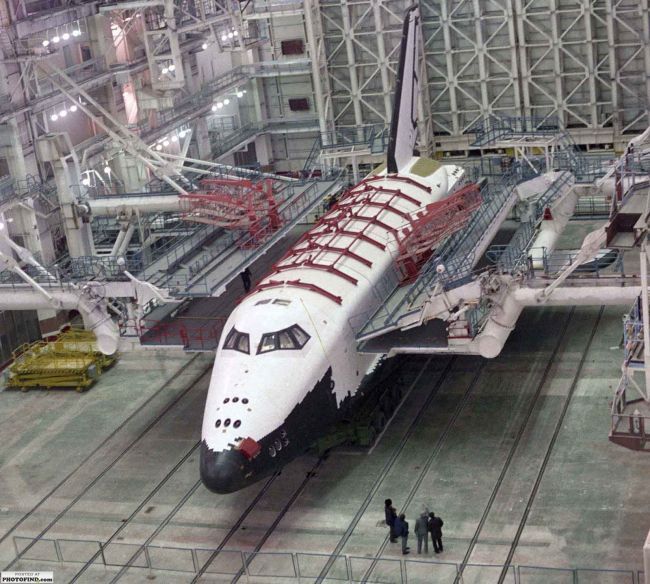 The big reveal by cosmonaut Oleg Kotov  was for an interview with New Scietists to coincide with the Atlantis launch today. Really, the Atlantis shouldn’t be the mission that would close the book on an important era of the U.S. space program. Hopefully it’s revived again in the future.

We had no civilian tasks for Buran and the military ones were no longer needed. It was originally designed as a military system for weapon delivery, maybe even nuclear weapons. The American shuttle also has military uses.

Ah those Soviets, you have to grudgingly respect their scheming ways—a weapons delivery system? Who knew?

The interview is pretty revealing and should dispel the common perception that Soviet Russia’s space program sucks. In a lot of ways, NASA’s closest rivals were ahead of the curve. Just look at their spacesuits.