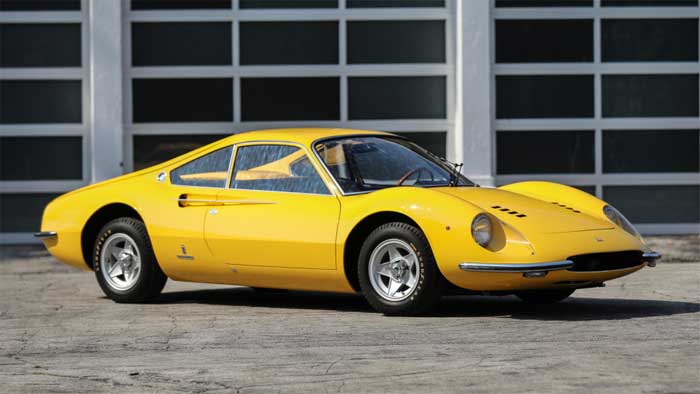 One of the sexiest of all Ferraris was the Dino and as typically happens before that car went into production there were some prototype units made. This is the second Ferrari Dino prototype and is a 1966 Ferrari Dino Berlinetta GT. This car previewed the production 206GT and it is heading for auction.

The car will hit the auction block and is expected to fetch as much as $3 million. The car has a 2.0L V6 engine in the middle of the car, mounted longitudinally. Production Dino cars had a transversely mounted engine.

The prototype body has a more tapered tail than the production car and has less of a duck-tail spoiler integrated. Some other details on this prototype that didn’t make it to production include a large single wiper and chrome bars across the side strakes. The Gooding and Company auction will happen August 24-25.