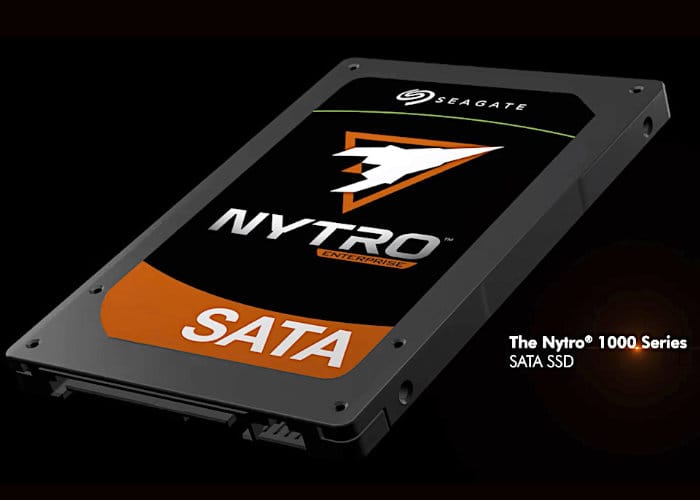 Hardware an storage manufacturer Seagate have announced the launch of a new solid state drive (SSD) series of drives equipped with SandForce’s DuraWrite Technology taking the form of the Seagate Nytro 1000 SATA SSD Series. The Nytro 1000 SSD is available in several capacity options, from 240GB up to 3.84TB.

The Seagate Nytro 1000 SATA SSD series which includes the Nytro 1351 and Nytro 1551 SSDs has been created to provide users with ultra-fast, consistent performance for read-intensive workloads. The new SSD hard drives will be available during the fall 2018 although no information on pricing has been announced as yet by Seagate.

Features of the Nytro SSD is Seagate DuraWrite technology include a unique “lossless data reduction” technology which compresses data flowing through Seagate’s internally-developed controller. “The NAND flash memory inside SSDs is sensitive to the cumulative amount of data written to it; the more data written to flash, the shorter the SSD’s service life and the sooner its performance will degrade.”

The Nytro SSD offers impressive speeds, with random-write performance of 55,000 IOPS input/output operations per second. As soon as more information is made available regards pricing and availability will keep you up to speed as always.