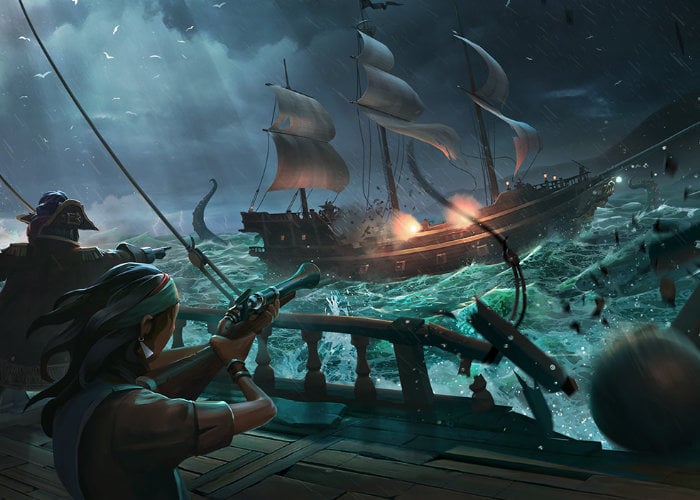 A new 10 minute developer update has been released by RARE revealing more details about what you can expect to be arriving in the multiplayer pirate adventure Sea of Thieves. Discussed are the upcoming addition of in game pets and micro-transactions in the store as well as cross-play opt-outs, hit registration, and more.

Pets within Sea of Thieves have been discussed for quite some time and could be part of the stores early micro-transactions offerings. During the latest update Sea of Thieves’ executive producer Joe Neate revealed that the pets are now “much closer now to the place that we really want them” and will be returning for Insider testing soon. To learn more about the content arriving in the coming months watch the developer update embedded below.

“We’ve got a boatload of topics to cover this week so pull up a stool and settle in. Joe tackles pets, our digital business, cross play, hit registration, Arena ship sizes, Black Powder Stashes’ time-limited content and Twitch Rivals! Find out more about Black Powder Stashes.”