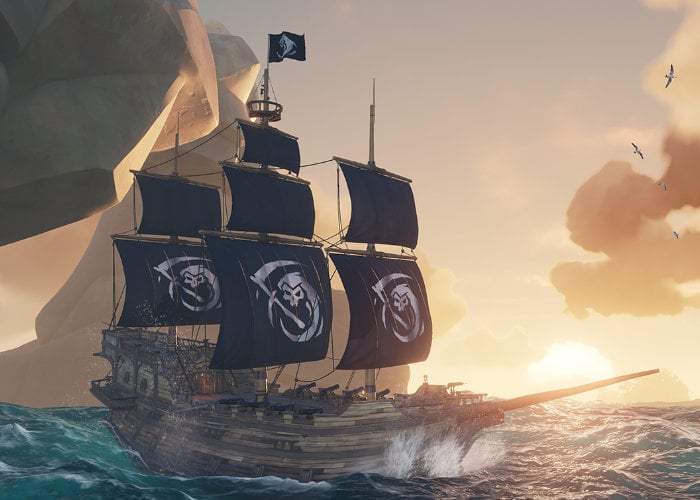 New content has been announced this week for the multiplayer pirate adventure Sea of Thieves, in the form of limited time events that will run until August 14th, 2019. A new update has been rolled out to Sea of Thieves buy developer Rare bringing with it a wealth of new features and enhancements dear and more.

After August 14th 2019 Sea of Thieves will also adopt a new monthly content schedule, with each update bringing new content for you to enjoy whether it be in the form of new adventures or limited time events.

– Reaper’s Black Powder Runs – Duke is challenging crews to face off against rivals in an explosive new Reaper’s Run, the ‘Reaper’s Black Powder Run’. These dangerous new voyages task crews with hopping from Fort to Fort finding Gunpowder Kegs, buried Merchant Crates and even guaranteed Stronghold Kegs! With two routes to pick from, crews should keep watch for rival crews as they trek the East Fort Run or West Fort Run. Tackling these voyages with your Reaper’s Flag raised adds extra risk to your voyage but unlocks some unique rewards. These voyages can be repeated if you dare!

– Black Powder Smuggler’s Runs – For crews looking for a less competitive challenge with the same explosive consequences Duke, is offering a set of ‘Black Powder Smuggler’s Run’ voyages. These new voyages take crews into each region of the seas to collect buried Merchant Crates, Gunpowder Kegs and even guaranteed Stronghold Kegs for the Trading Companies. Pirate Legends have an exclusive voyage tasking them to venture into the Devil’s Roar and brave the threats to reap even more Stronghold Kegs! These voyages can be repeated to your hearts content once completed.

– Trading Companies Stockpiling – The Gold Hoarders, Order of Souls and Merchant Alliance Trading Companies have begun stockpiling defences and will now reward players for handing over Gunpowder and Stronghold Kegs. Not wishing to be unprepared, the Mysterious Stranger has also begun rewarding Pirate Legends with Athena’s Fortune reputation for handing over Stronghold Kegs.

– Mermaid Gems – Duke has heard word of Mermaid Gems being scattered across the world; Washed up on Islands, inside Skeleton Fort Vaults, inside Sunken Shipwrecks and even inside the bellies of Krakens & Megalodons! – the Trading Companies are eager to take these off your crew’s hands.