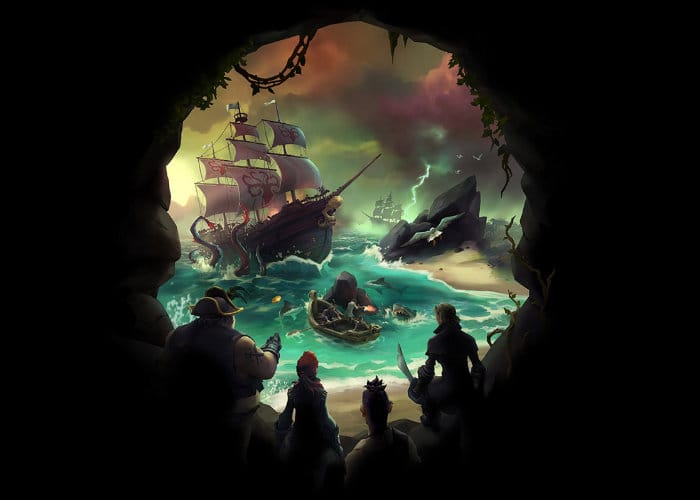 This month a new update to the awesome Sea of Thieves cross platform play game which is available on both Xbox One and PC systems will reveal a new part of the world that will “test the skill and nerve of even the most hardened crews”. Sea of Thieves Forsaken Shores offers a volcanic area to explore named Devil’s Roar, check the latest trailer below as well as the previous released full Forsaken Shores trailer to whet our appetite for what you can expect from the new content.

“Any crews setting sail into this part of the Sea of Thieves will be committing to an arduous, difficult voyage filled with danger. Rocks will rain down from the skies, the seas will be rough and every adventure will be fraught with peril. Accompanying this, we are also introducing a Row Boat for players to use, supporting them in navigating this perilous new world.”

“The land will periodically erupt and shake due to the volcano centered on it. Expect geysers, flying rocks, and water hot enough to kill pirates in the new areas. Because of the boiling water surrounding the volcanic isles, the update will also introduce rowboats that players can use to safely reach the shore.”