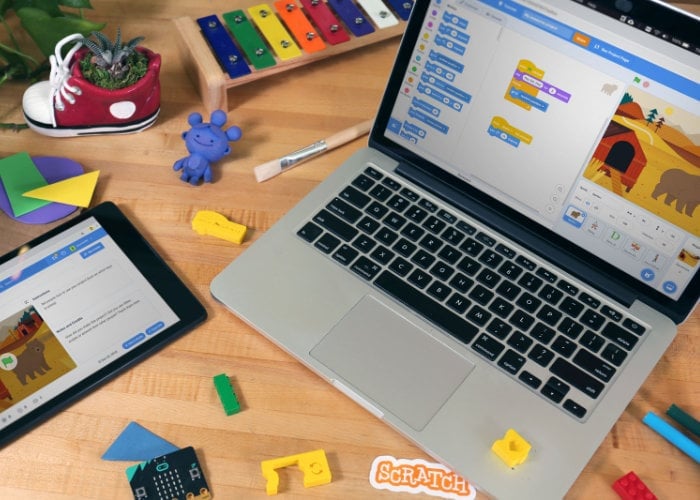 “What are your favorite features of 3.0? – I love the Scratch 3.0 “extensions.” Each extension gives students an extra set of coding blocks to take Scratch’s capabilities even further. With new robotics extensions, students can use Scratch to program motors, lights and sensors. With the Google Translate extension, students can program characters to speak in other languages. As the library of extensions continues to grow, Scratch will have even more capabilities.

We worked with artists and illustrators (including long-time Scratcher ipzy) to create a diverse collection of new sprites and backdrops. You’ll find new fashion sprites, animals, snacks, cars and more. Do you want to create a fantasy world with centaurs, griffins and unicorns? How about a game set in outer space? Are you into sports or dancing or dinosaurs? Whatever you’re interested in, we think there’s something for everyone in Scratch 3.0.

Educators will appreciate the new video tutorials in Scratch 3.0—there are tutorials to help students get started, explain new features and support new types of projects. We also worked closely with the CS First team to ensure that CS First videos and activities are ready for use with Scratch 3.0. Plus, Scratch 3.0 works on many different platforms, including touch devices like tablets—and there’s a desktop version of Scratch 3.0, so you can still use Scratch 3.0 even if you don’t have an internet connection.”

For more details on the new Scratch 3.0 block-based programming language jump over to the official website by following the link below.