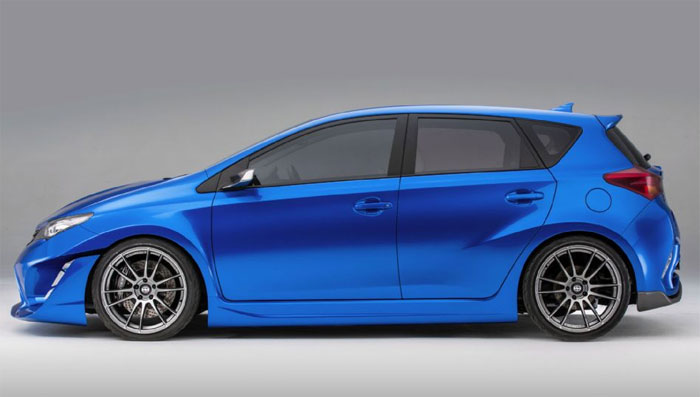 Scion has proven to be a popular car brand with people looking for interesting cars that have lower price tags. At the LA auto show Scion unveiled a new concept car that is destined for production called the iM. Scion has also noted that the iM will morph from concept version in LA to production ready version at the New York auto show.

Scion plans to put the iM into production and launch in the fall of 2015. That is a short turnaround for a vehicle to go from concept to dealerships. I’d wager what this means is that the car you see in the image here called a concept in LA is probably the actual production version of the car. The car gets 19-inch wheels and vented brake rotors with 4-piston front calipers.

The car also has what Scion calls height adjustable racing suspension. That would seem to indicate some form sort of coil over setup. It’s unclear if those tidbits will make it to the production version of the car. Scion wants to sell for car for under $20,000. The car will be unveiled officially in April. It rather reminds me of the hatchback version of the Subaru WRX.