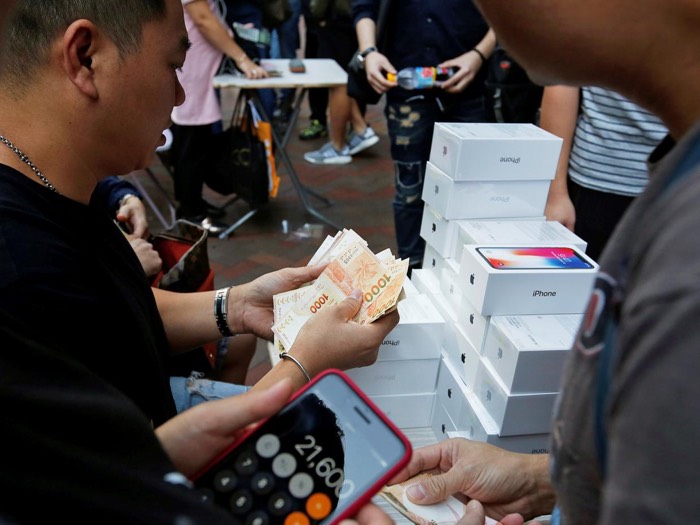 Apple launched their new iPhone X today and there is high demand for the handset. There have been queues at Apple Stores as fans line up to get Apple’s latest flagship smartphone. It looks like Apple fans are not the only ones buy the handsets.

Scalpers in Hong Kong have been buying Apple’s new iPhone to resell, this can bee seen in the picture above from Reuters, which shows a number of iPhone X handsets being sold on the streets of Hong Kong. 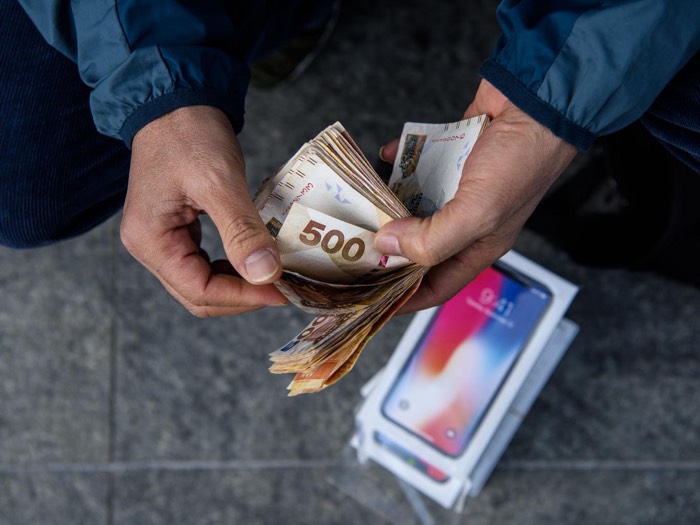 According to reports, the scalpers are selling the new iPhone at Argyle Street in Mong Kok which is one of the busiest shopping areas in Hong Kong. The scalpers were paying a premium over what Apple was charging for the handsets and then selling them on at a higher price.

We have also seen the new iPhone X appear on auction sites like ebay at three times the handsets original price. This was when the device was up for pre-order with a shipping time of 5 to 6 weeks. This has now changed as we saw earlier today Apple is now quoting shipping times of 3 to 4 weeks if you order the device today.

The massive demand for Apple’s new iPhone appears to allow these traders to sell the iPhone X for a profit on the street and also on auction sites like ebay.