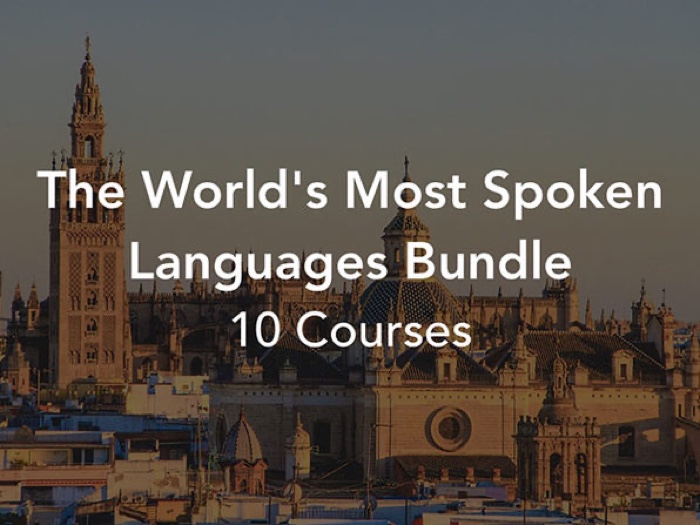 We have an awesome deal for our readers on the World’s Most Spoken Languages Bundle in the Geeky Gadgets Deals store today, you can save 84% off the normal price.

The World’s Most Spoken Languages Bundle is available in our deals store for just $39.99, it normally retails for $249.

0% of all conversations are based on 20% of the language. The World’s Most Spoken Languages Bundle contains 10 hand-selected courses from the top 5 languages spoken in the world to get communicating with almost half of the planet’s population! Being committed to learn even a little of these languages everyday will improve your multilingual skills. Even basic knowledge in these in-demand languages can set you apart personal and career-wise.

English, considered the lingua franca, is the most powerful and widely spoken language

Spain, Argentina, Mexico, Chile, Peru, Venezuela are just a few countries where you will be able to put your Spanish skills to use

The language is widely spoken in over 25 countries, many of which have a major influence on the global economy

The Indian culture has had an impact on the world through its language, religion, cuisine, rich cultural diversity, and philosophy

You can find out more details about this great deal on the World’s Most Spoken Languages Bundle over at our deals store at the link below.