If you still don’t know how to operate a fire extinguisher, never fear. The SAT119, a really clever Japanese invention, is an idiot proof device to end all idiot proof devices. As the title of this post reads, you just throw the SAT119 on a nearby blaze and poof! Problem solved. 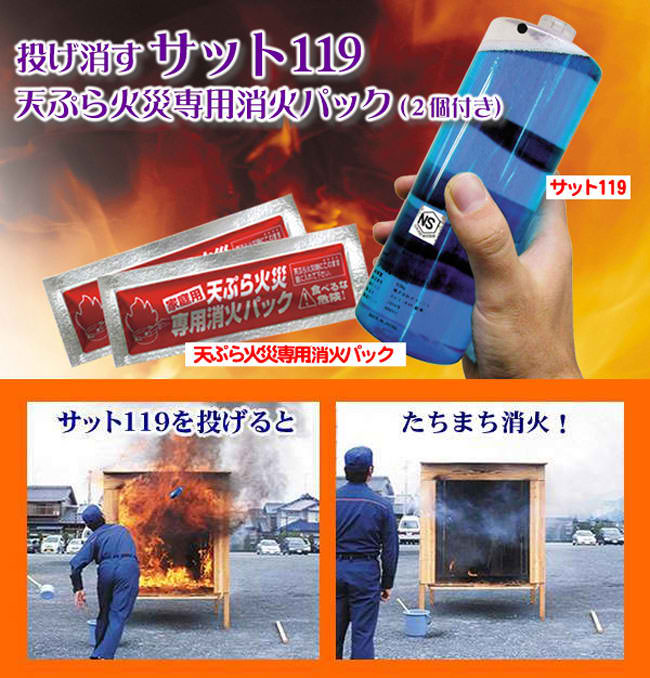 But how does it work such magic? Not magic really. Just a chemical mix that reacts instantly once released from its container. The blue liquid, once released, unleashes carbon dioxide that snuffs the oxygen right out of the fire. The problem is, the SAT119 is only good for small contained infernos. So when your mansion is being reduced to cinders, it’s suggested you dilute the canister’s suspicious blue liquid in water and then spray. Or maybe just throw a lot of these at the same time.

On the picture above you see two red packets. Those are not for ketchup on your hotdog. The packets are potassium carbonate for cooking oil accidents in the domestic setting. Cooking il really burns you know. The SAT119 is currently out of stock, so you have to wait before more supplies become available.