It seems Samsung is working on updated UI for several applications. First, we saw some leaked screenshots of the updated TouchWiz UI, along with a new application known as Life Times and the updated S Voice that will be a part of the upcoming Samsung Galaxy S5.

Now, it seems other Samsung applications are also due for a makeover. Recently, the folks at SamMobile managed to grab the screenshots of the updated Samsung’s S Health application that shows a cleaner and flatter UI compared to the previous version. 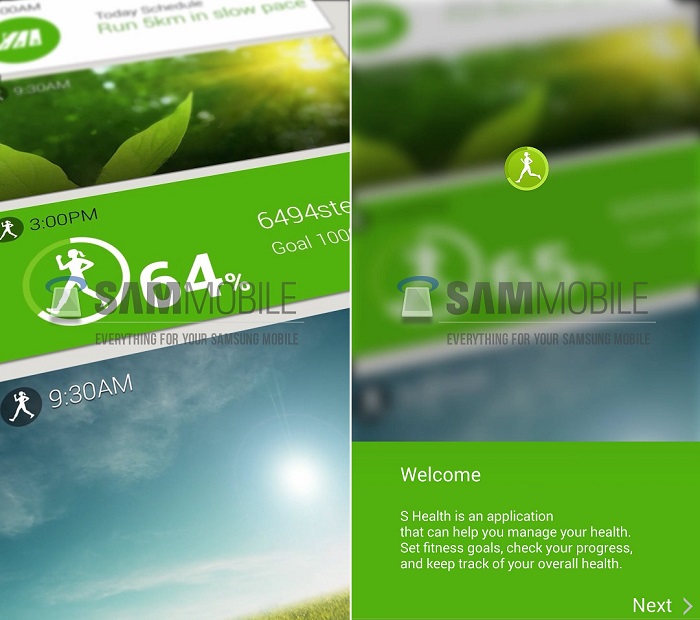 Samsung’s S Health application lets users monitor several health-and-fitness related metrics such as the calorie intake, heart rate monitor and steps walked. While there aren’t many changes in the functionality of the application, it seems the application will bring some UI changes to meet the Android 4.4 KitKat design guidelines and will be flatter compared to the previous version.

One interesting feature is the ability to view your location on a map, along with the ability to control your playlist from a single screen. It seems the talks about the Google-Samsung talks regarding the TouchWiz and extreme Android customizations are working out, and it appears Samsung’s upcoming OS will come with a lot of UI changes that brings a much better pure Android experience.

What do you think about the updated Samsung S Health application?