Recently, Samsung introduced a bunch of new tablets with a redesigned UI, and it seems that it’s time for Samsung to give a new look to the TouchWiz UI on its handsets as well.

Recently, some screenshots have surfaced online, claiming it to be the redesigned TouchWiz users interface that Samsung is exploring for its upcoming devices, thanks to none other than @evleaks who has a very decent track record of releasing unannounced information and images, which turns out to be correct as well. 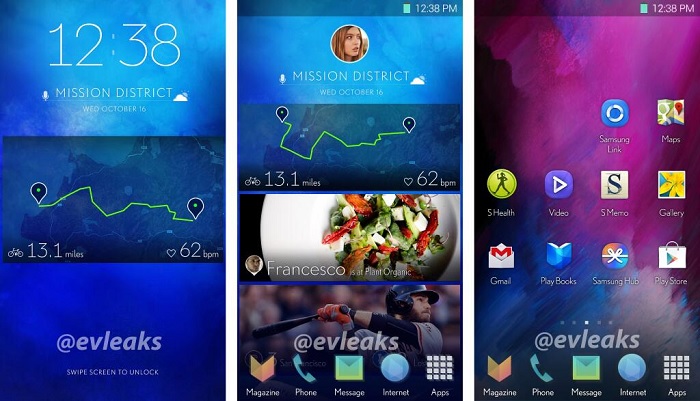 Well, if you ask me, it makes sense for Samsung to update the user interface of their smartphones, considering that other manufacturers have already given a revamped look to their UIs. At first look, it looks more simple and seems to have carried some of the traits of the stock Android.

TouchWiz has remained unchanged from sometime, but things might change with the Samsung Galaxy S5, which is expected to launch at the Mobile World Congress 2014 in late February.

Despite the decent track record, a pinch of salt is recommended as there’s no confirmation from the Korean OEM about it. It would be great if Samsung could tweak TouchWiz a little bit with a new look and performance improvements, considering it can be really heavy on resources at times.

What do you think? Do you like this new UI?