Samsung is rumored to be working on a lot of changes for its devices, and the first part of it was witnessed with the recent Magazine UX. The notorious @evleaks also revealed a few screenshots of the redesigned TouchWiz UI, which looks quite like the Google Now cards.

Samsung has a history of launching a new device with new set of features and apps. Recently, the folks at SamMobile managed to get their hands-on the new Samsung application known as Life Times, an application which acts as a daily diary on the Galaxy handsets, and collects data from various applications and other sources, including call logs, messages, photos, social networks, and display them in a form of a daily digest. 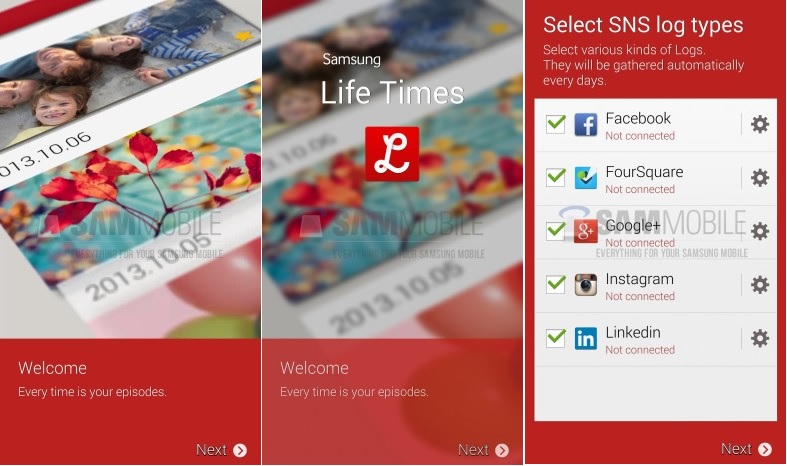 If you’re an existing Samsung user, the application will remind you of the Story Album application which is already present on the Galaxy handsets, but Life Time could offer more functionality compared to it. Although there’s no word if Samsung is planning to combine these two applications or will the Story Album still appears as a separate app.

But, does this mean there will be more bloatware on Samsung handsets? In case you can’t recall, we heard a rumor lately that Samsung is working with Google to reduce the customizations on their future devices, and make sure there’s less bloatware on its devices.

Well, if it’s true, it should make its first debut with the upcoming flagship device, rumored to be the Samsung Galaxy S5. We’ll update you if we get any information about the alleged handset, or the features the Korean OEM is planning to implement in its upcoming devices.