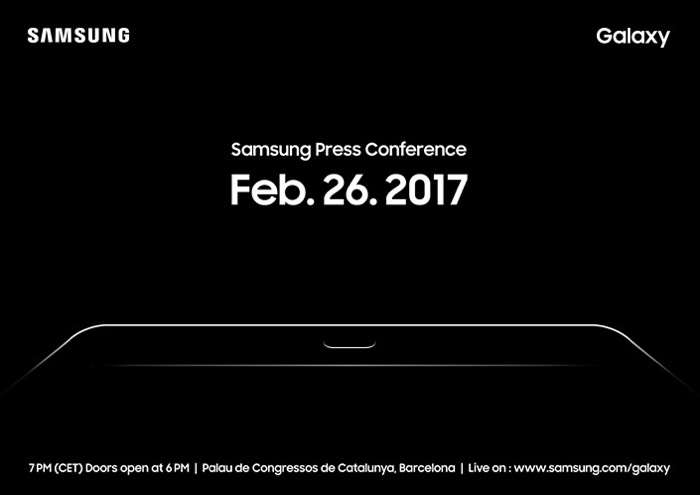 Samsung has sent out press invites for its Mobile World Congress 2017 press conference and it will take place in Barcelona on the 26th of February 2017.

Samsung are expected to announce a number of new devices at this years press event, one of them will be the new Samsung Galaxy Tab S3 tablet.

The company have revealed that they will be live streaming their Mobile World Conference press event, it will take place on the 26th of February 2017 at 19:00 CET.

We are not expecting to see the new Samsung Galaxy S8 and S8 Plus at this event, these devices will be announced at a separate event in March.