The new Samsung Galaxy Tab 10.1 recently went up for pre-order and is due to go on sale shortly, Samsung has now released a new TV advert which takes a direct swipe at Apple’s iPad 2 and the lack of Flash support on the tablet.

Whilst Samsung doesn’t refer to the iPad 2 in the video by name, it is clear to see that the tablet they are taking about is the new iPad 2. 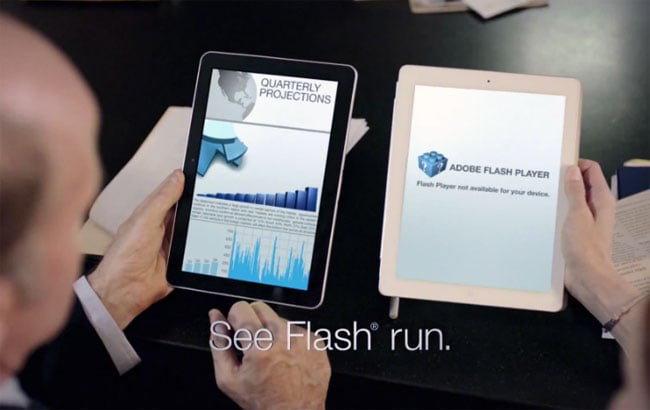 It will be interesting to see how popular the Samsung Galaxy Tab 10.1 becomes and whether or not it is capable of becoming as popular as the iPad and the iPad 2.