Samsung has shown off a new 3D display design, which uses an OLED display, and is foldable, as you can see in the photo below, the display is fitted in the corner of a room.

Samsung has already developed a range of flexible OLED display that we have seen previously, many of them are still in the prototype stage, but this new design from Samsung does give us an idea of what to expect from 3D TVs in the future. 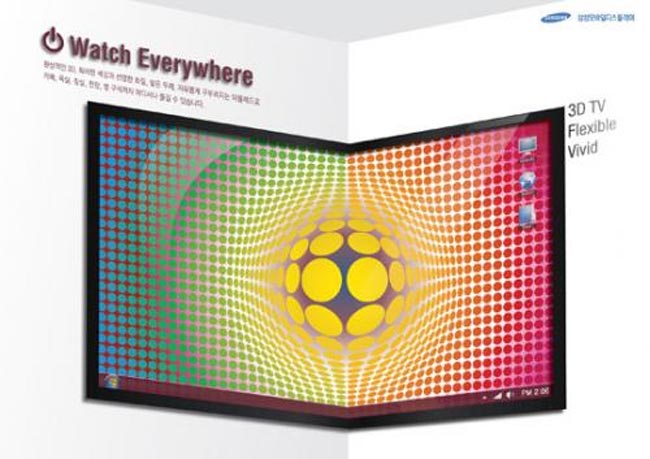 Samsung have said that they could have similar flexible displays available within the next 5 to 10 years, it certainly looks like an interesting idea.