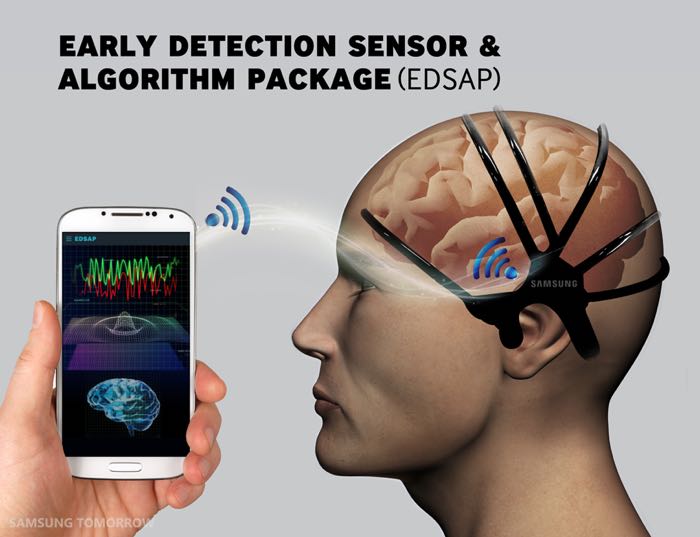 Samsung has announced that some of its engineers have been working on new wearable device that is able to detect strokes.

Some of Samsung’s smartphone and washing machine engineers started the project two years ago as part of Samsung’s Creativity Lab, and they wanted to create a device that could detect the onset of a stroke.

Samsung now has a new prototype wearable device which is called the EDSAP or Early Detection Sensor & Algorithm Package and the device is designed to detect a stroke using brainwaves, the company explains how it works below.

EDSAP’s sensors are placed on a headset, collecting and wirelessly transmitting brainwave data to a mobile app, where the algorithm analyzes the brainwaves and ultimately determines the likelihood of a stroke, all within a 60-second time span. Additionally, by tracking brainwaves for longer durations, EDSAP can leverage its brainwave analysis capabilities to provide additional information related to neurological health, such as stress, anxiety and sleep patterns.

The device is still in the prototype stages at the moment,you can find out more details over at Samsung at the link below.