It looks like Samsung is working on a new smartphone, the device is rumored to be called the Samsung Galaxy Music Phone, and will come with Google’s Android OS.

The Samsung Music Phone is rumored to be a mid range smartphone, and it will come with Android 4.0 ICS but will get the Android 4.1 Jelly Bean update shortly after release. 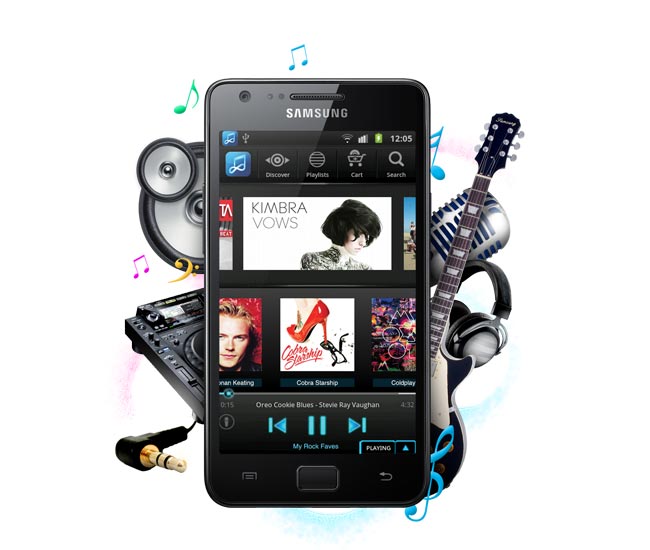 The device will apparently be available in single and dual SIM versions and will come with a 850MHz processo, 512MB of RAM and 4GB of built in storage plus a microSD card slot.

The Samsung Music Phone is also reported to feature a dedicated music key, a pair of front facing speakers, an FM radio with a built in FM antenna, and it will also apparently use Samsung’s Music Hub service, there are no details as yet on when it will be available or how much it will retail for.