We recently heard that Samsung was getting ready to launch a new 8.9 inch version of their Galaxy Tab tablet, and now it looks like this new Galaxy Tab will be announced on the 22nd of March. 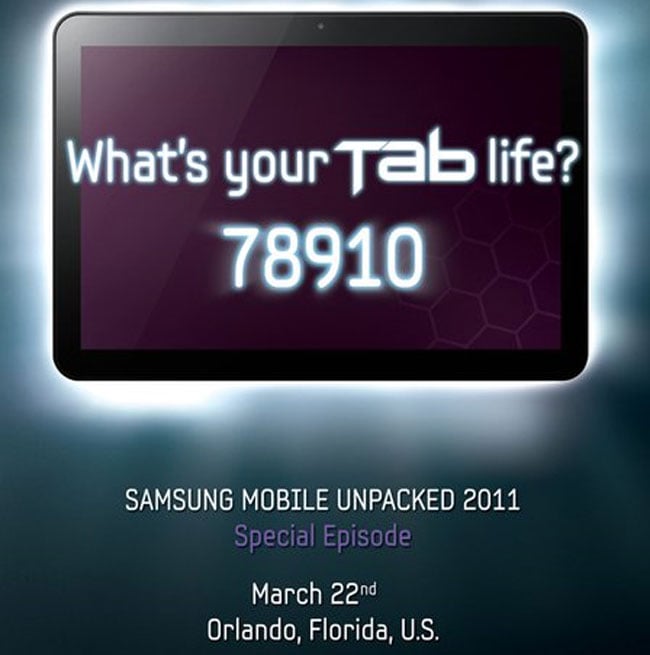 As you can see from the photo above, Samsung has a new announcement planned for the 22nd of March, and from the looks of the photo it points to the new 8.9 inch Galaxy Tab.

Samsung are obviously looking to compete directly with the Apple iPad, as the new 8.9 inch Galaxy Tab will feature a similar size display to the existing iPad.

We suspect that this new Galaxy Tab tablet will come with Android 3.0 Honeycomb, as soon as we get some officially confirmation for Samsung we will let you guys know.