Samsung has added another new smartphone to its range with the launch of the Samsung Star II, which is the successor to the popular Samsung Star.

The Samsung Star II will feature a 3 inch WQVGA display with Samsung’s TouchWiz UI, there is also a 3.2 megapixel camera, Bluetooth, a 1,000mAh battery, a QuickType T9 Trace keyboard, plus a microSD card slot. 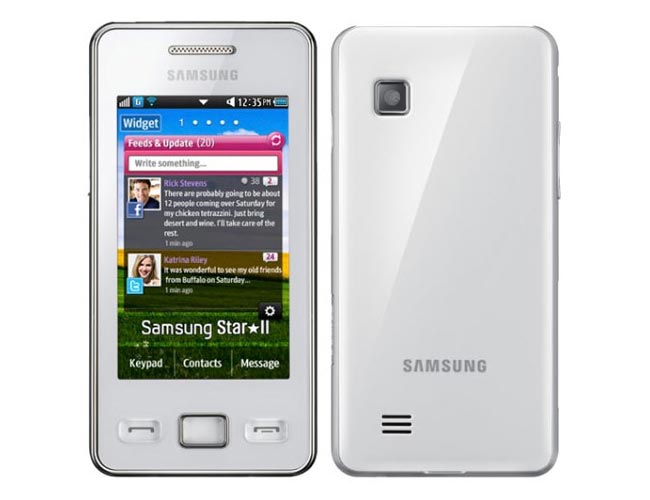 Other specifications on the Samsung Star II include a 3.5mm headphone jack plus integrated 802.11 b/g/n WiFi. The Samsung Star IIwill go on sale in Germany initially and it will then be followed by other countries in Europe.

It will come with a range of social networking features and comes bundled with a Social Hub, plus Facebook, Twitter and a range of instant messaging applications.