A new Samsung smartphone with a MediaTek Helio P20 processor has appeared on some benchmarks and the handset is listed with the model number Samsung SM-G615F on GFXBench.

Samsung normally uses either Qualcomm’s processors or its own Exynos processors in its Android smartphones, so this new device with a MediaTek Helio P20 is an interesting one. 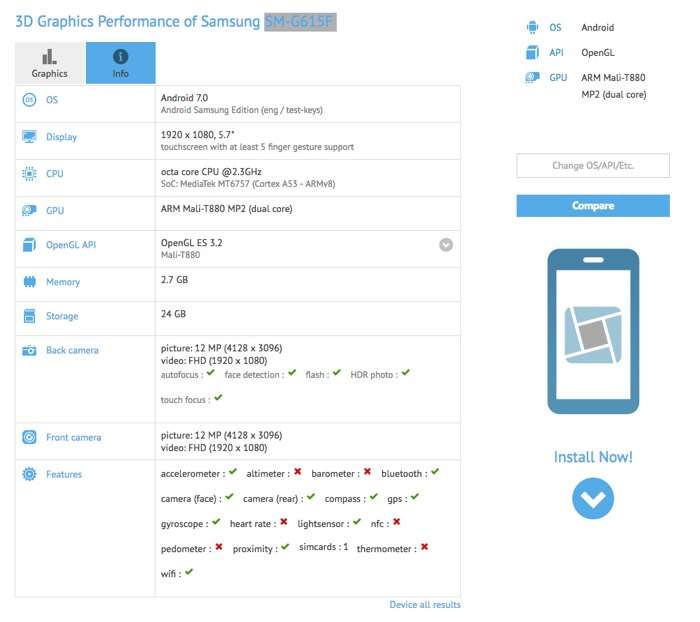 As yet there are no details on what the Samsung SM-G615F will be called when it launches, we wonder if we will see the device at Mobile World Congress later this month.