Samsung is one of the first companies to reveal a customized user interface for their Android Honeycomb tablets, in the form of the Samsung Touchwiz UX, which will be released to the Galaxy Tab 10.1 as an update tomorrow, Friday the 5th of August.

The new TouchWiz UX will give the Samsung Galaxy Tab 10.1 a custom look and feel, and will add in a wide range of features over the standard Android Honeycomb UI to the Galaxy Tab 10.1, you can see a video of it in action below. 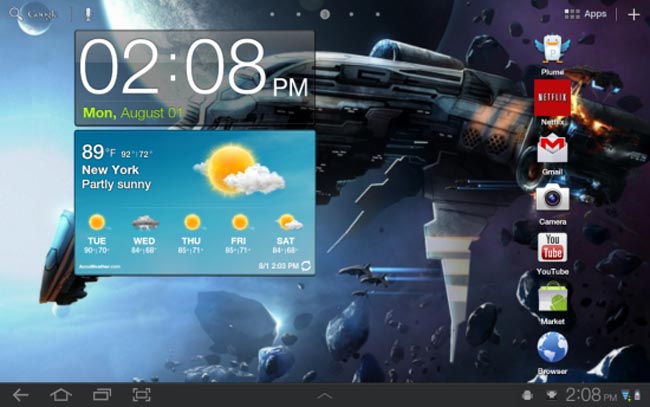 The update will also bring a range of preloaded applications which include Amazon Music Cloud Player, Amazon Kindle, and Words With Friends from Zynga, and Samsung has also added in some enterprise solutions and services.

The update will bring full support for Exchange ActiveSync to the Galaxy Tab 10.1 as well as on device encryption, Visco VPN, Sybase MDM and Cisco webEx mobile conferencing.