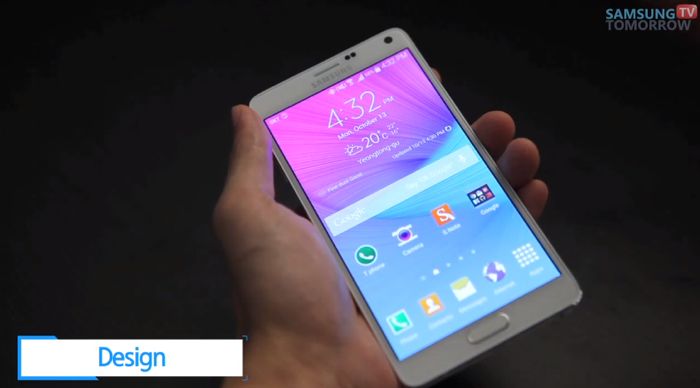 The Samsung Galaxy Note 4 is already available in South Korea, the handset is launching in a number of new countries this week on the 17th of October. this includes the U.S. and the UK.

Ahead of the launch of the Samsung Galaxy Note 4, Samsung has released a new official hands on video, which gives is a good look at the handset and also some of its features.

The Galaxy Note 4 comes with a quad core Snapdragon 805 processor from Qualcomm, the processor is clocked at 2.7GHz and it also comes with an Adreno 420 GPU and 3GB of RAM.

Other specifications on the new Note 4 include a 5.7 inch Quad HD display with a resolution of 2560 x 1440 pixels, the device also features a choice of either 32GB of 64GB of built in storage.

If you need additional storage, the handset is equipped with a microSD card slot for expansion, and it also features front and rear facing cameras.