Samsung announced recently that their new YOUM flexible OLED displays were ready for mass production and are expected to be released before the end of 2012. 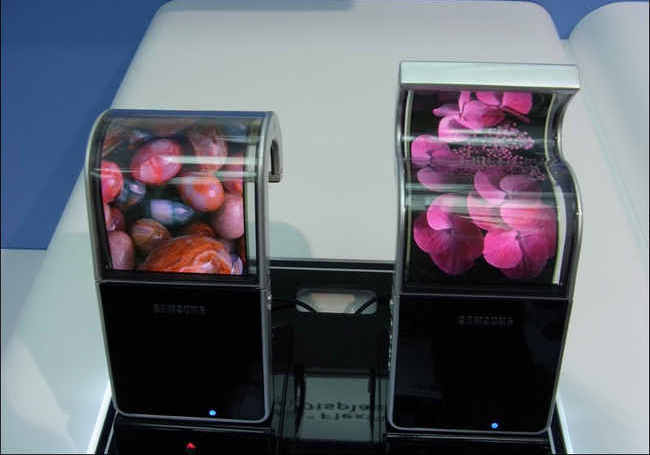 The demand from our clients is significant!
OLEDs will replace LCDs as the main mobile displays from around 2015 as the screens are thinner and brighter. Samsung has massively invested in OLED-related technologies and will continue to do so.

So it looks like we could possibly see some device with these new flexible OLED displays some time next year, it certainly will be interesting to see what they are like.