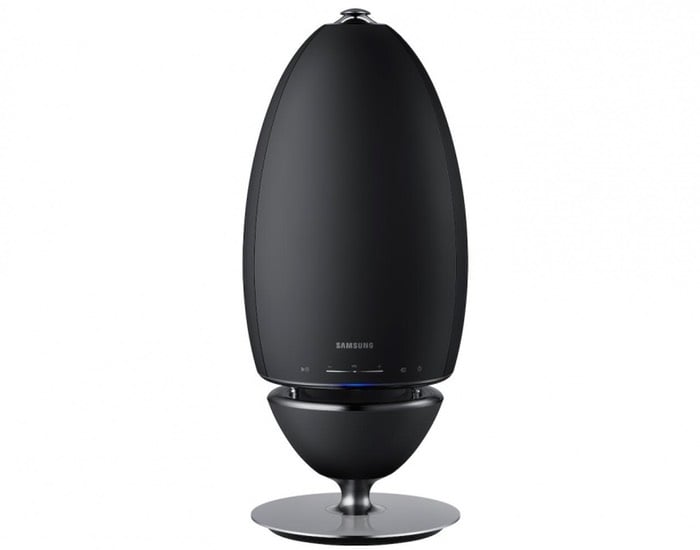 First unveiled during this year’s CES 2015 Consumer Electronics Show in Las Vegas, Samsung had this week announced that their new Samsung Radiant 360 R7 wireless speaker pictured above, will be launching later this month priced at $500.

The Samsung Radiant 360 R7 has been specifically designed to use Samsung’s “Ring Radiator” technology and delivers balanced audio across the bass and treble within a 360-degree radius.

The new wireless technology removes the need to arrange your speakers to provide the best audio environment and will project sounds to every corner of your room, says Samsung. Who has also announced the launch of four new curved soundbars in the form of the HW-J8500, HW-J7500, HW-J6500, and HW-J6000.

Prices for the new curved soundbars are as follows HW-J8500 $1,300, HW-J7500 $800, HW-J6500 $550 and finally the HW-J6000 which is already available to purchase the $500. For more information on all the new speakers that have been added to the Samsung range jump over to the company’s official website for full specifications and availability.