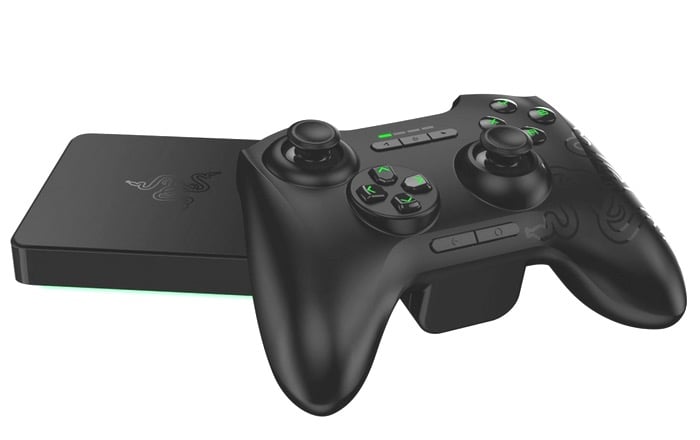 Unveiled during CES 2015 this week the new Razer Forge TV games console, that has been designed by Razer to enable PC game streaming from your gaming rig to large screen TV has been awarded a number of CES 2015 accolades.

The Razer Android TV micro-console has been selected as Engadget’s “Best Gaming” and “People’s Choice” Winner, adding to the awards they have won in previous CES events and making it Razer’s 5th Consecutive CES “Best of” Award.

“The Razer Forge TV is a solution that brings the best of PC gaming and streaming entertainment into the living room,”-“We successfully engineered a micro-console in an elegant form factor with sufficient power and connectivity required of hardcore gamers, with peripherals that uniquely enable high-performance gaming in a casual home environment. With the additional ability to stream movies and other media, and to play the best Android games directly on one’s TV, the Razer Forge is truly a micro-console for the next generation of gamers.”

For more information on the new CES 2015 awards won by Razer jump over to the press release for details over on the Market Wired website via the link below.