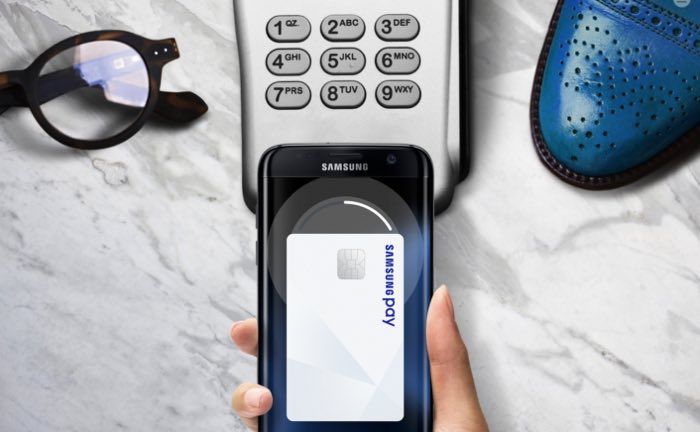 Samsung has announced that its mobile payments system, Samsung Pay is now available in China with China Union Pay.

Samsung’s mobile payment system with allow users to add their credit and debit cards to compatible Samsung handsets like the Galaxy S7 and S7 Edge.

“We are pleased to be partnering with CUP to bring Samsung Pay to China,” said Injong Rhee, EVP and Head of R&D, Software and Services of Mobile Communications Business at Samsung Electronics. “The reception of Samsung Pay since its launch has been extremely positive and the service has already seen tremendous success in terms of availability and adoption by consumers. In compliance with national laws and regulations, thanks to cooperating with CUP and many banks, we ultimately want to make Samsung Pay available to as many consumers as possible in china, so that everyone can have the opportunity to enjoy the simplicity, safety and convenience of this mobile payment solution.”

Samsung’s mobile payment system works with a number of smartphones in China, the list include the Galaxy S7 and S7 Edge, the Galaxy S6 Edge+ and the Galaxy Note 5.

The company has said that their payment system will support a number of banks at launch which include China CITIC Bank, China Construction Bank, China Everbright Bank, China Guangfa Bank, China Minsheng Banking Corp. Ltd, China Merchants Bank, Hua Xia Bank , Industrial and Commercial Bank of China and Ping An Bank, more banks will be added in the future.