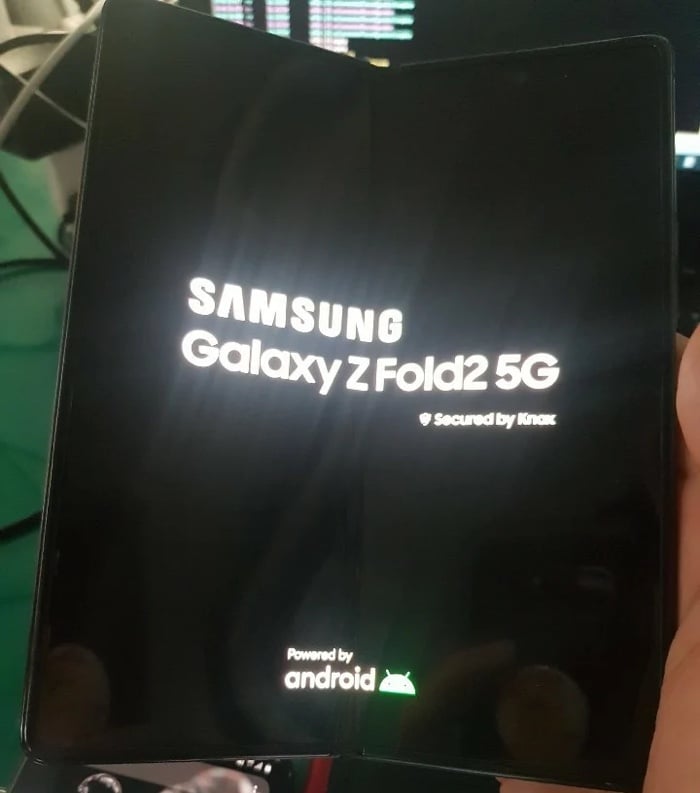 We previously heard that the new Galaxy Fold would launch as the Samsung Galaxy Z Fold 2, this has now been confirmed in a leaked image of the handset.

The photo above shows the front of the new Galaxy Fold and it also confirms that the device will have a punch hole selfie camera. The first Galaxy Fold featured a notch on the display for the Selfie camera.

We can also see from the photo that the handset will be a 5G smartphone, the device will be powered by a Qualcomm Snapdragon 865 Plus mobile processor.

The handset will come with a 7.59 inch folding AMOLED display, there is also a secondary display which will measure 6.23 inches.

The device will  feature a 10 megapixel Selfie camera, on the back there will be a triple camera setup which will feature a 64 megapixel main camera and two 12 megapixel cameras. The device comes with a 4365 mAh battery and 25W fast charging.

The Samsung Galaxy Z Fold 2 will be made official at the Samsung Unpacked event next month, the event will take place online on the 5th of August.