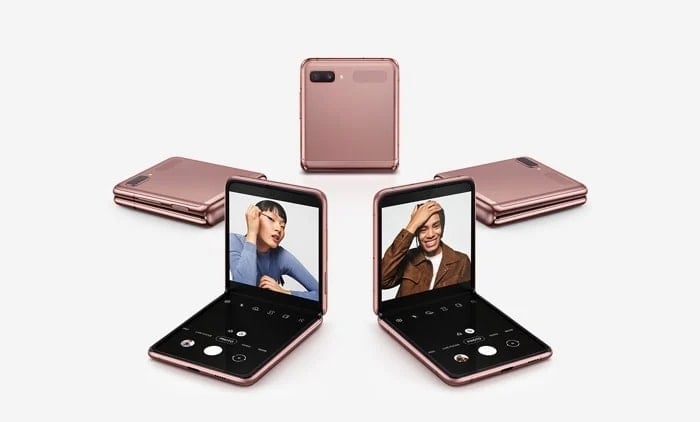 The Samsung Galaxy Z Flip 3 will be made official at the Samsung Unpacked press event this Wednesday the 11th of August.

The handset will come with a 6.7 inch folding AMOLED display which will have a Full HD+ resolution and a 120Hz refresh rate.

On the outside of the handset there is a secondary display which measures 1.9 inches and it will come with a resolution of 512 x 260 pixels. This display is designed to be used for notifications.

As with the Galaxy Z Fold 3 the new Galaxy Z Flip 3 will be powered by a Qualcomm Snapdragon 888 processor and it will also come with 8GB of RAM. There will be a choice of two storage options, 128GB and 256GB. There is also no microSD card slot on this device either.

The handset will come with a 3300 mAh battery and it will feature fast charging and wireless charging, with around 25W for wired charging.

For cameras the new Galaxy Z Flip 3 folding smartphone will apparently come with two cameras on the back, one 12 megapixel main camera and one 12 megapixel ultrawide camera. There will also be a 10 megapixel camera which is designed for taking Selfies and making video calls.

We will have more details about the new Galaxy Z smartphones later in the week, we are also expecting a new Galaxy Watch and some more Galaxy Buds at the event.